Some Additional Autos From Trades and 50/50s 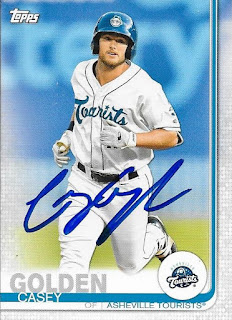 In my catching up with scans and blog posts, I have finally gotten to a point where I can show these cards that I got within the last few months that other folks have sent me.

The above Casey Golden Pro Debut auto came from a fellow Instagrammer who ended up taking a bunch of California League cards for me for 50/50s.  This Casey Golden started it, which I sent to him in a PWE and he got them back to me fairly quickly. 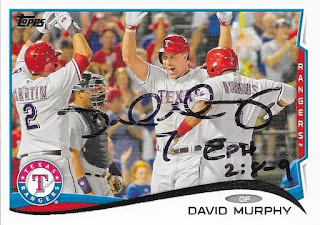 This David Murphy came from a trade I made with someone who I met while I was in line for the Eddie Murray signing back in April.  The guy wanted Eric Gagne on a 2002 Topps, and he heard me say that I was going to Nashville to graph.  I was able to get his Gagne done and mailed out to him. 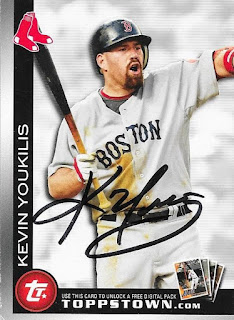 He also sent me this Topps Town signed by Kevin Youkilis.  Youk is an auto I didn't think I would get, so I was happy that it was included. 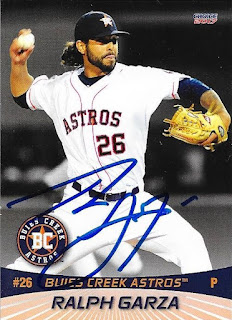 Finally, my friend, Rich, sent me this Ralph Garza that he was able to get signed earlier this season.  I sent Rich some AAA cards for the Astros, and hopefully he will be able to get some of them signed.

I'm about to head to the airport to fly back from Chicago and the 2019 National.  There should be a ton of posts forthcoming, so brace yourselves.
Posted by William Regenthal at 9:39 AM