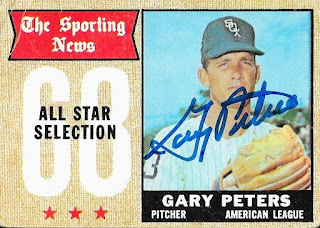 Another of the free signers at this year's National was someone who's card I was able to find in my vintage box was former pitcher, Gary Peters.  This 1968 Topps All Star card turned out really well.  I was surprised that I had it, but was glad to be able to get it signed.