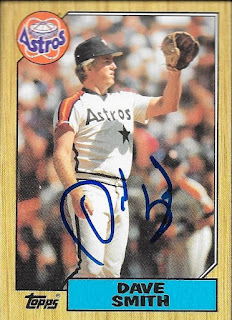 Another of the deceased players I picked up for my 1987 Topps set was Dave Smith.  The signature isn't much, but the card is now in my album.