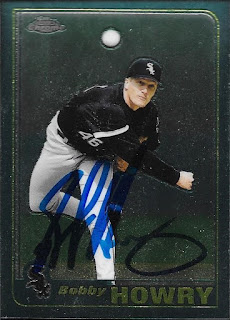 Here is a nice TTM success that I got from former pitcher, Bob Howry.  The above 2001 Topps Chrome turned out a lot better than the scan shows. 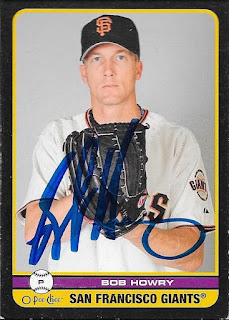 I also got this 2008 O Pee Chee signed, and it looks really good.  I used to have a bunch of these, but they're gone.