August 2019 Graphing of the Mudcats At Wood Ducks 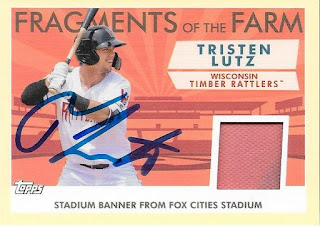 The first series in Kinston after I got back from the National was between the Mudcats and Wood Ducks.  I took a bunch of the cards that I found at the National, and got them signed.

This Tristen Lutz was in a box at the National for $2.00.  It turned out really well, and I was happy to get it signed. 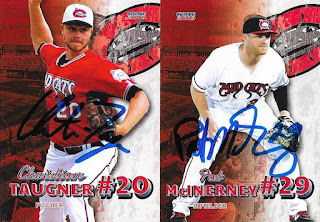 I continued to work on my Mudcats set when I got these cards signed by Christian Taugnet and Pat McInerney.

These Mario Feliciano cards turned out great.  I thought I had gotten him earlier in the season, but I guess I didn't. 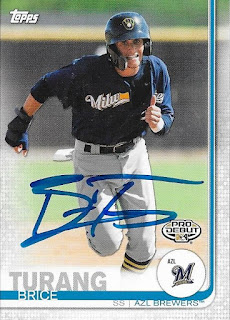 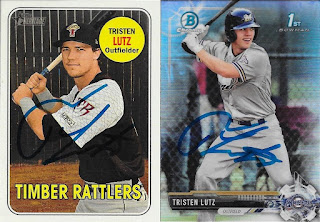 I got these two Lutz cards from the National as well.  The left one is the glossy version of his 2018 Heritage Minors, and the right one is a 2017 Bowman Chrome refractor. 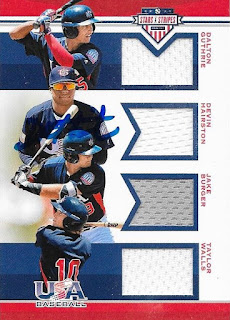 I liked this Stars and Stripes relic that I found cheap in a relic/auto box at the show.  I got Devin Hairston to sign it, and I hope to add some of the other guys to it. 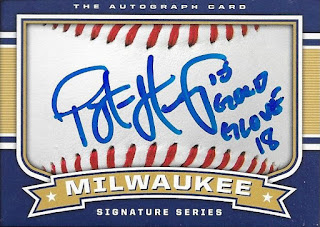 My friend, Ben, gave me this Brewers autograph card.  I got it signed by Payton Henry, and it turned out well. 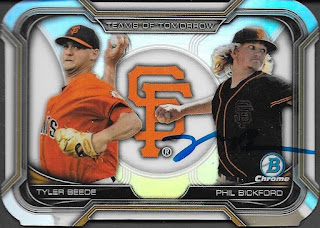 I found more Phil Bickford cards than anything at the National.  I was able to get them all signed, and of course, they all look great. 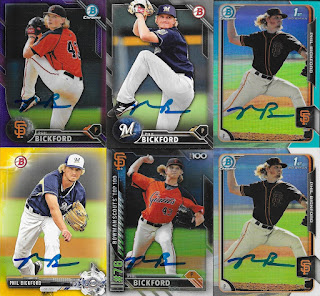 They're all parallels, and will look awesome in my album. 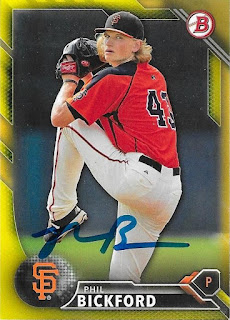 I was disappointed that there weren't more places that had Bowman parallels at the National, but I was able to find some good stuff. 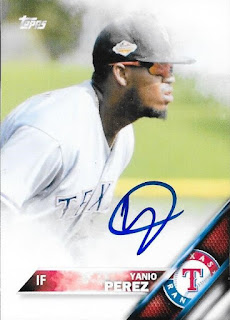 I finished up my Yanio cards when I got this last custom card signed.  I got it from a Rangers fan that I 50/50 with, and got all of his stuff done. 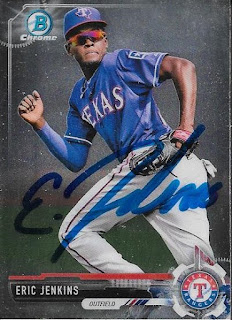 I found some nice Eric Jenkins cards while at the show.  The above card is a mini 2017 Bowman.  I found some of these of Leody Taveras and Anderson Tejeda that I will put away. 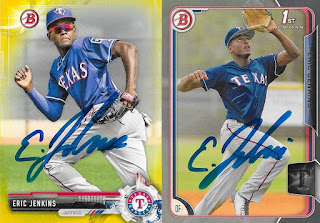 Both of these parallels of EJ turned out well. 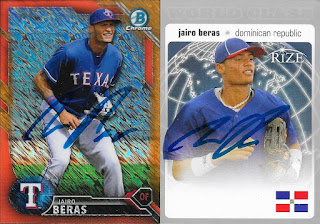 I was really happy when I found this 2016 Bowman Chrome Orange Shimmer refractor in a quarter box at the show.  I ran into a bunch of them and hoped there would be someone in there who I could get to sign.  When I saw this Jairo Beras, I was stoked.  I also found this Rize card at a booth that had a bunch of there, and some Perfect Game cards. 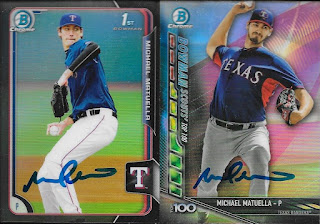 These two Michael Matuella cards turned out well.  I like the black refractor from 2015 Bowman Chrome (left). 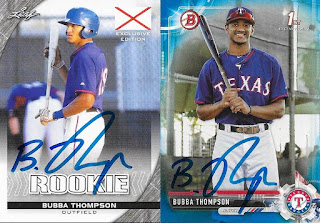 I had seen someone at a Wood Ducks game with the Bubba Thompson on the left.  I was glad to find one at the National.  I also found the blue parallel from 2017 Bowman.  The blue parallels look great when signed. 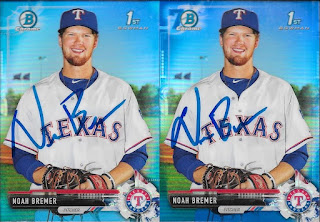 Speaking of blue parallels, these two Noah Bremers really look great.  I don't know why I didn't have any of these before, but I was glad to add them now.
Posted by William Regenthal at 8:31 PM