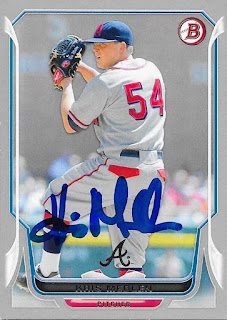 Here is a Spring Training TTM success that I was happy to see come back.  I had this 2014 Bowman silver paper parallel of Kris Medlen that I wanted to add to my album, so I sent to him at Spring Training.  He ended up being released, so it was good that I sent when I did. 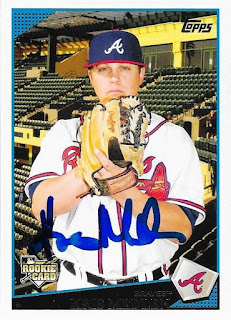 I also added a few recent Topps issues that needed representation in the albums.  This 2009 Topps turned out really well. 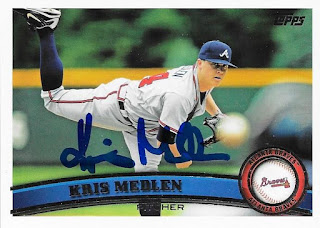 I also liked this 2011 Topps, especially with it being a horizontal card.

I mailed to Medlen on February 10 and got the cards back on April 5, for a 54-day TAT.
Posted by William Regenthal at 9:51 PM