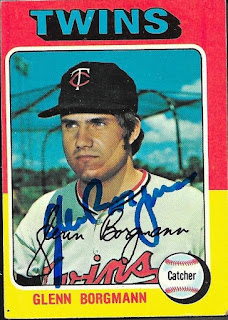 Still way behind on posting my TTM successes, so here is another, Glenn Borgmann.  I got a few cards from the 1970s and a couple from the 80s with this success, so this was nice.  I always enjoy getting 1975 Topps done, and this one looks better. 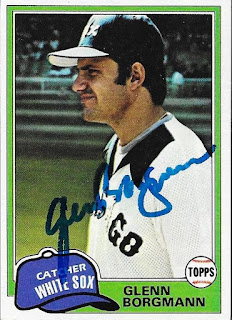 Another 1981 Topps was added to the album.  This is a nice card, and I enjoy adding the 81s to the album.  I have a bunch of them, but am not really pursuing the set since I am busy with 1987. 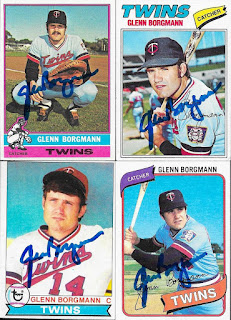 I had a bunch of Borgmann's cards, and he was nice enough to sign everything that I sent.

I mailed to Borgmann on March 20 and got the cards back on April 4, for a 15-day TAT.
Posted by William Regenthal at 6:08 PM