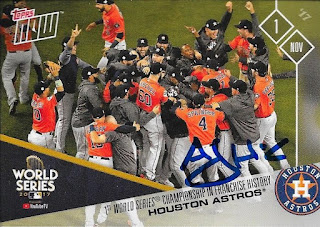 I got a really cool TTM success from Astros manager, AJ Hinch.  I really wanted to get this Topps Now card done that I got at the end of the World Series.  It was a free card from Topps Now when I ordered a few cards from the World Series for my friend, Nick. 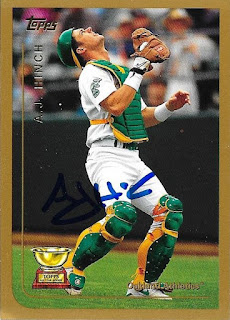 I also sent off this 1999 Topps, which turned out really nice.

I mailed to Hinch at Spring Training on February 10 and got the cards back on March 30, for a 48-day TAT.
Posted by William Regenthal at 7:24 AM