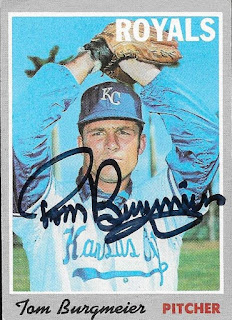 Some more vintage cards were added to my autograph album recently with this success from former pitcher, Tom Burgmeier.  I liked this 1970 Topps, so that is what spurred the idea to write to him. 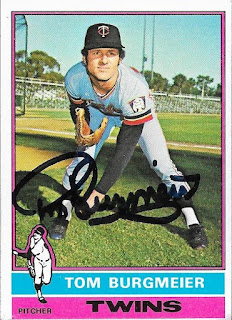