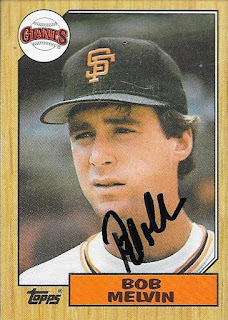 Another card for my 1987 set was taken care of with this success from A's manager, Bob Melvin.  The card turned out pretty well. 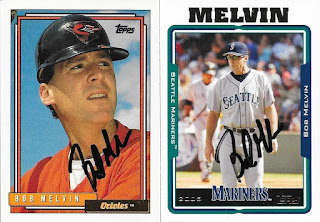 I mailed to Melvin on February 9 via spring training and got the cards back on March 30, for a 49-day TAT.
Posted by William Regenthal at 8:25 PM