Graphing the Mudcats in the Rain 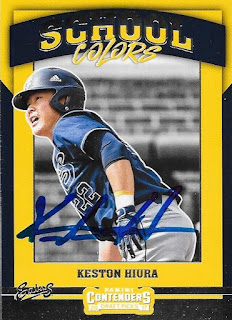 My friend Michael was visiting over Memorial Day Weekend, and we wanted to try to hit up another ballpark in the area before he left.  Since we had pretty muched tapped out all of the Keys and Wood Ducks we had, we decided to head toward Raleigh, and see the Carolina Mudcats on Memorial Day.

There was a pretty ominous forecast, but as of the time we loaded the car, 9:45 AM, the game was still a go.  I wanted to grab some coffee on the way to the park, so that's why we left early.

We got to the ballpark, and were informed that at 10AM, the call was made to cancel the game.  It was raining some, but it wasn't too bad, so we decided to watch the Mudcats swing in the cages, since they were out. 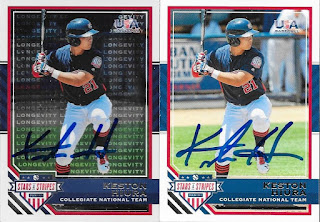 As tie went by, the rain intensified, but luckily, I had an umbrella in my car.  We waited by the player exit, and were able to get autographs of everyone we were looking for.  I'm glad we stuck around, because Keston Hiura was moved up to AA a couple days later. 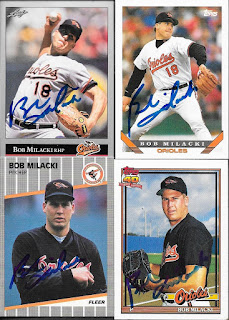 The first auto we got was of former Oriole, Bob Milacki.  He was really nice, and signed everything we had.  Unfortunately, a drop of water hit one of the cards, and it messed my pen up.  You can kind of see in on the 1991 Topps (bottom right). 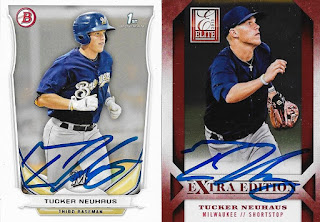 I did a 50/50 for my friend, Gerard, and these two Tucker Neuhaus were some that I was allowed to keep.  Since he braved the weather, and held the umbrella, Chris kept these cards. 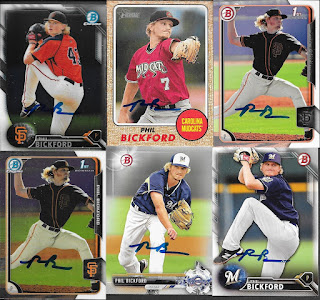 I had these Phil Bickford cards in my box for a while, since he was hurt for most of last season.  I got almost everything done, which was nice.  He was a really nice guy.

Finally, we had gone to the LCS and picked up some nice cards for graphing.  Some of the cards were of Nathan Kirby, since I didn't find any of him in my box.

In all, we did pretty well, and it was worth the hour drive to Zebulon.
Posted by William Regenthal at 8:53 PM