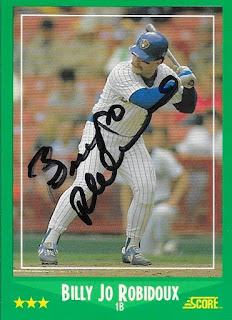 Billy Jo robidoux was one of those players, who when you pulled one of his cards, you went, "cool name!"  At least I did.  I saw that he signed TTM, so I sent to him so I could add a 1987 Topps to my set.  I also added this nice 1988 Score, which looks really great. 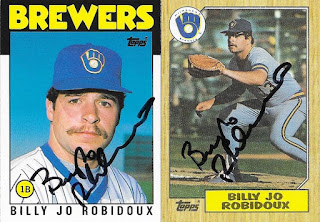 I mailed to Robidoux on January 22 and got the cards back on April 5, for a 73-day TAT.
Posted by William Regenthal at 11:44 AM