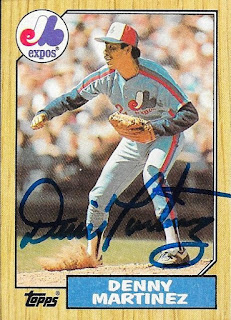 I took another look at PastPros, and decided to pay the fee to get Dennis Martinez for my 1987 Topps set.  It was worth the money, as the card came out great!