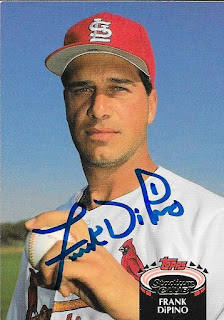 I received a TTM success from another guy I had been putting off for a while, but finally mailed a request.  My friend Max had been telling me for a while to send to DiPino, and I finally got it out on October 25.  I was able to get a few cards signed, like the above 1992 Topps Stadium Club.  I have a bunch of those Stadium Clubs but they haven't been able to make the cut with some other TTM requests, so it was nice to finally get one back signed. 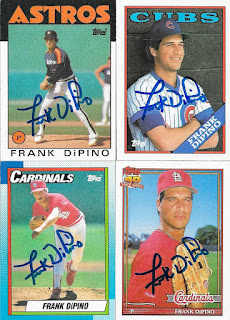 I was also able to get a few Topps years signed.  I like the old Astros jersey on the 1986 Topps.  All of the cards turned out great, though.

I mailed the cards out on October 25 and got them back on November 10 for a 16-day TAT.
Posted by William Regenthal at 6:56 PM