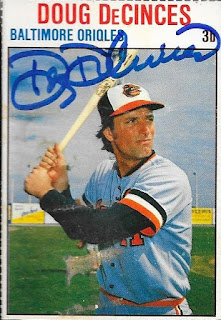 For a $10.00 check, I was able to add quite a few signed cards as a TTM from former Oriole, Doug DeCinces.  Known as the guy who replaced Brooks Robinson at 3rd base for the Orioles, DeCinces had a pretty good career.  This 1979 Hostess card came from one of my first deals with my good friend, Max.  I'm glad to be able to still be getting some of these signed. 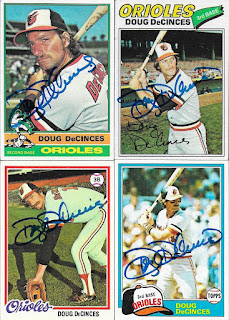 I also added several of DeCinces's Topps issues.  They all turned out great, I think! 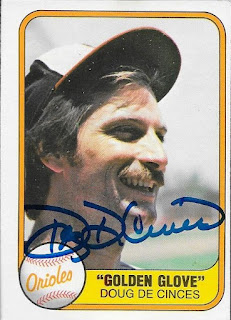 This 1981 Fleer was a nice one to get signed.  It might not be the greatest set, but the cards do look nice when signed.  Funny thing, though, DeCinces never won a Gold Glove Award. 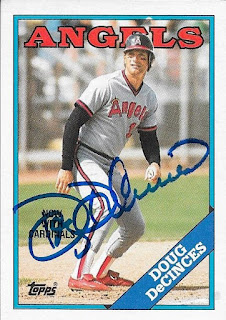 Finally, this 1988 Topps really turned out great.  The blue sharpie even fits with the blue sub border and name banner of the card.  I was really happy with this one, even though he wasn't an Oriole on this card.