Two Trades in One 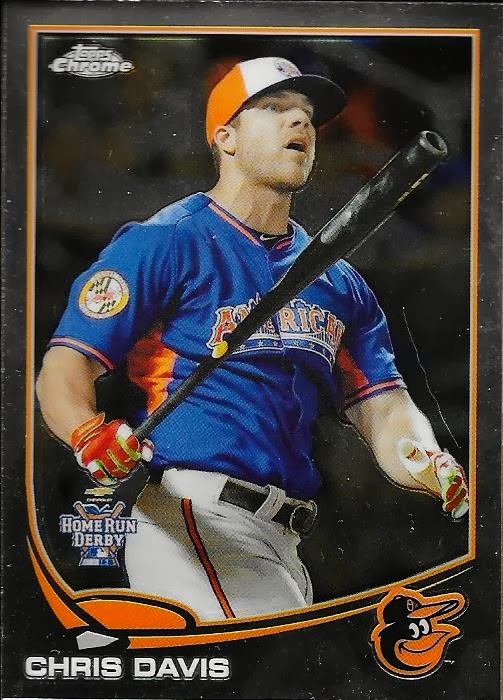 I completed two trades recently, both of which landed me the above Chris Davis 2013 Topps Update Chrome.  I originally traded something that I can't remember to my buddy, Kalib (you know, from CUbs Cardboard) and he sent me the Davis in return.

Then, I completed a trade with a guy named Shant.  He needed some Chrome refractors and in return he sent me some Chrome base and the Davis (along with a few other O's cards).  The trade with Shant and the one from Alex really put a dent in my 2013 Chrome needs.

Thanks for the trades, guys.  I really appreciate it!
Posted by William Regenthal at 6:04 PM