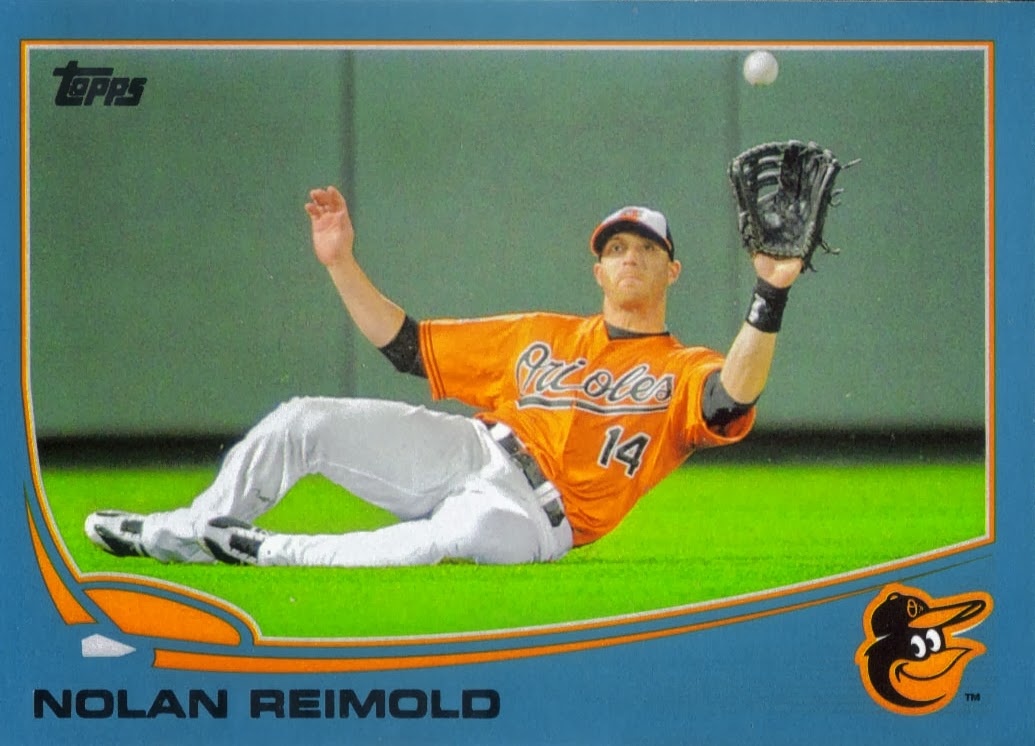 I joined in two Secret Santas this year and the second one was just as nice as the first.  This one was featured on Weston's blog, Fantastic Catch.  I was paired up with Daniel from the blog "It's Like Having My Own Card Shop."  I sent Daniel a couple Brandon Webb cards (a relic and an auto) and he sent me an assortment of Nolan Reimold cards to help with my wishlist and a little something extra (see below).  I had already purchased the above Wal Mart blue parallel from COMC recently, and subsequently buried it under a bunch of mail and other posts.  That's not to say I won't enjoy both of them.  I just regret that I spent the store credit on it. 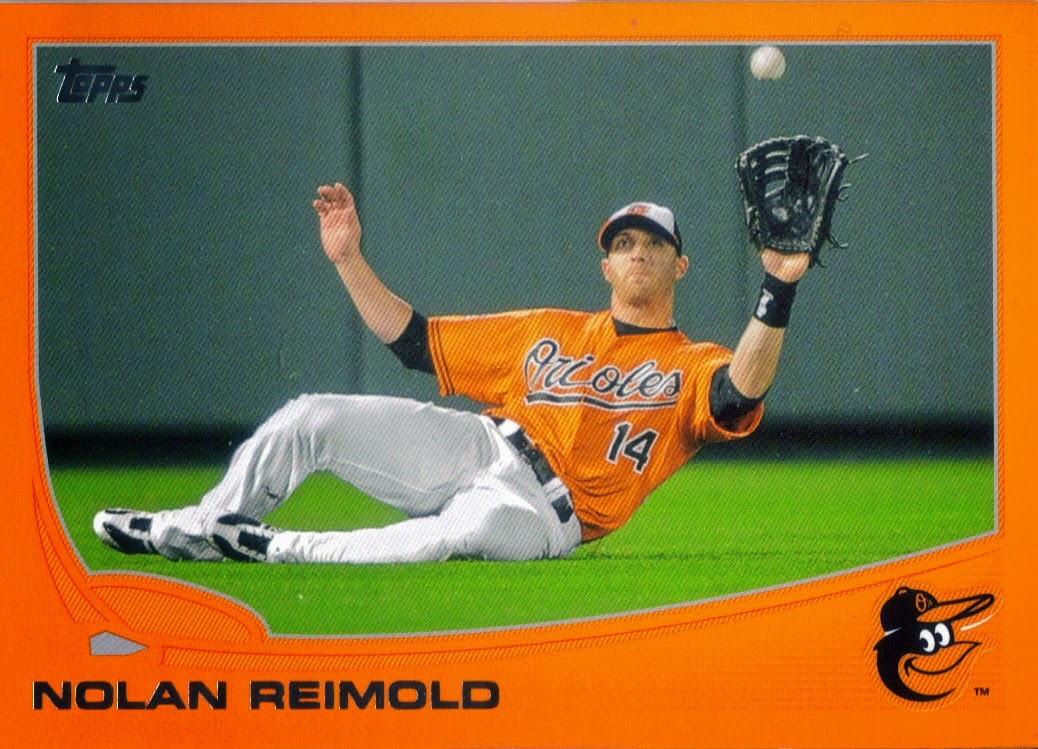 I'm not going to hide the fact that the highlight (for me) was the above factory set orange parallel.  I have been searching for this card for some time now and have always come up empty handed.  Add on the fact that my good friend Ryan owned a copy before me and let it be known, well, I really wanted one.  I finally have it.  This card is numbered 141/230. 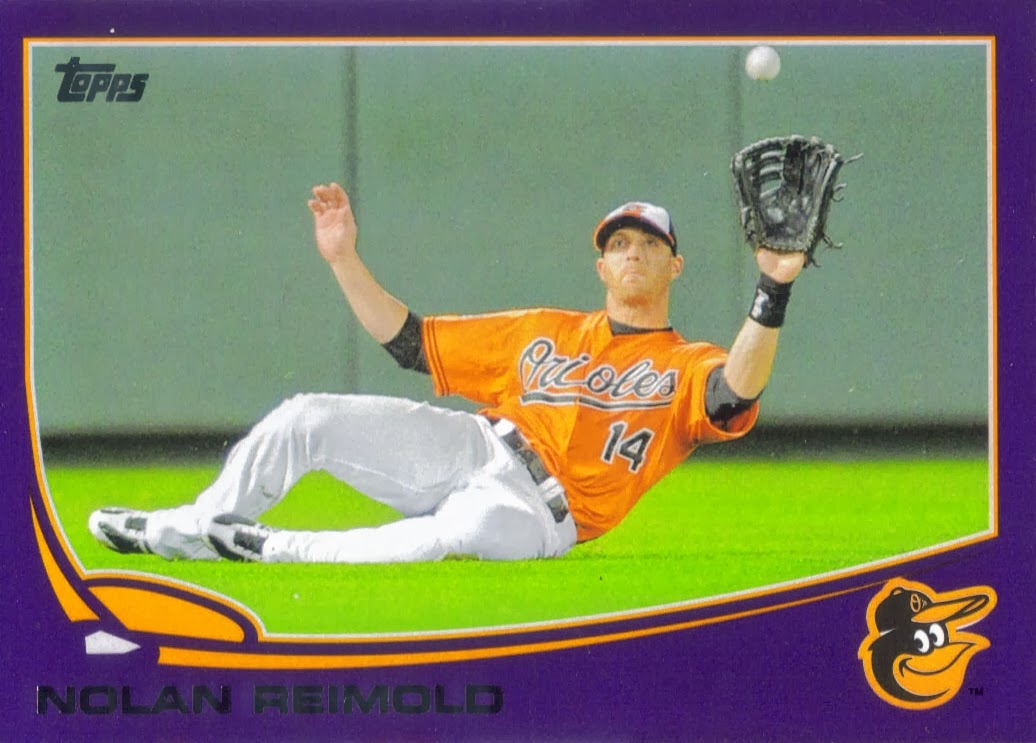 Also, I finally was able to add the Toys R Us purple parallel.  By my unofficial count, I still need quite a few of Nolan's 2013 offerings in order to complete my rainbow.  If only I could land a platinum parallel, I would have an actual chance at completing one.  Oh, if only. 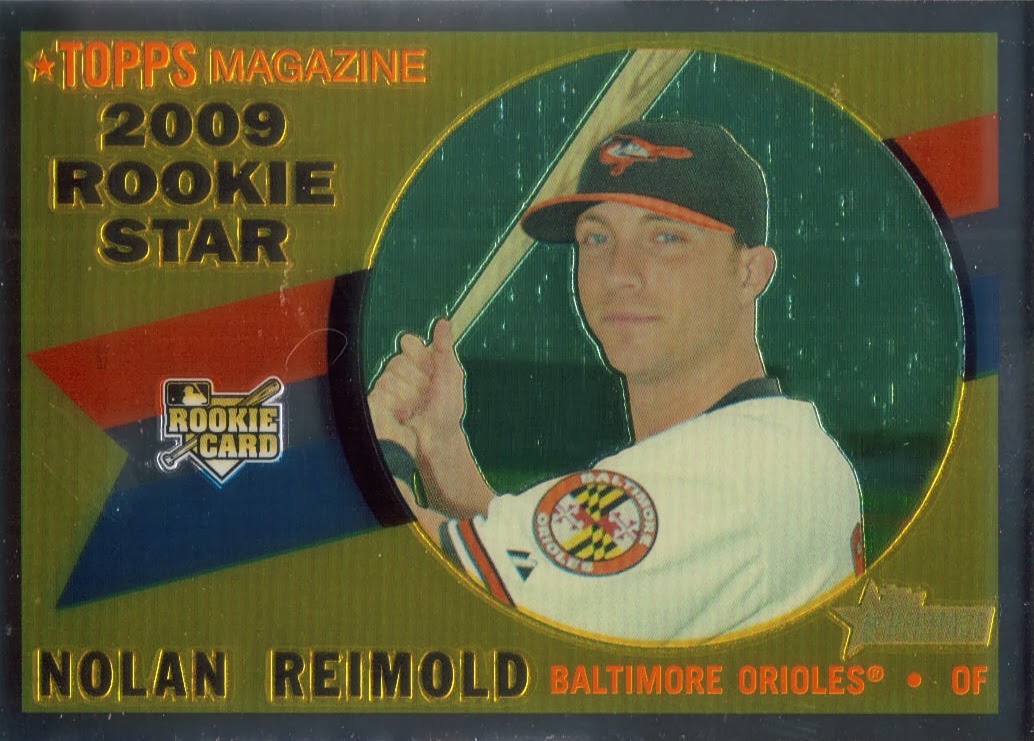 Among the other cards Daniel knocked off of my wishlist was the above 2009 Topps Heritage high numbered chrome rookie card of Nolan.  This one is numbered 928/1,960.  He also included the 2009 Bowman chrome refractor, but Weston had already sent me one for Christmas (so now I have 2). 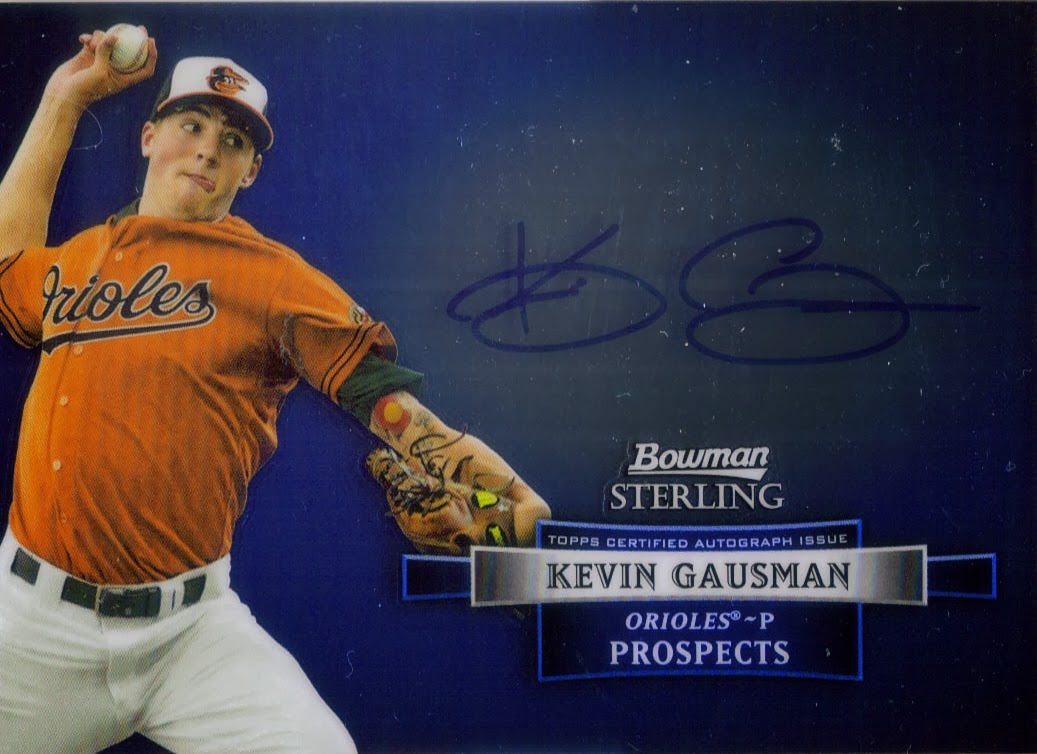 Thanks for the package, Daniel and thank you Weston for hosting the Secret Santa.  I fully intend on signing up for some of these this year.
Posted by William Regenthal at 7:12 PM