Random Orioles From The Card Show 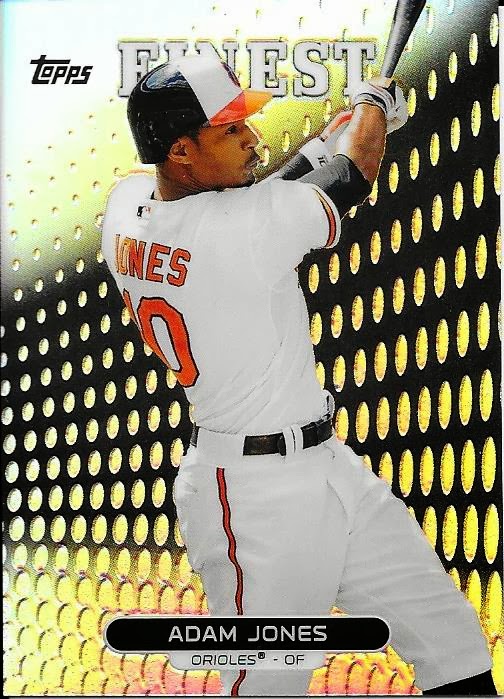 I picked up a bunch of Orioles cards from random tables at the December card show.  I really came away with a bunch of stuff,but I won't show it all.  I did get this nice 2013 Topps Finest Adam Jones refractor for a quarter at one of the tables.  I also bought a few refractors for some buddies of mine, like Andrew, Drew and Scott.  I liked this year's version of Finest.  Actually, I've always liked Finest, I just can never afford it. 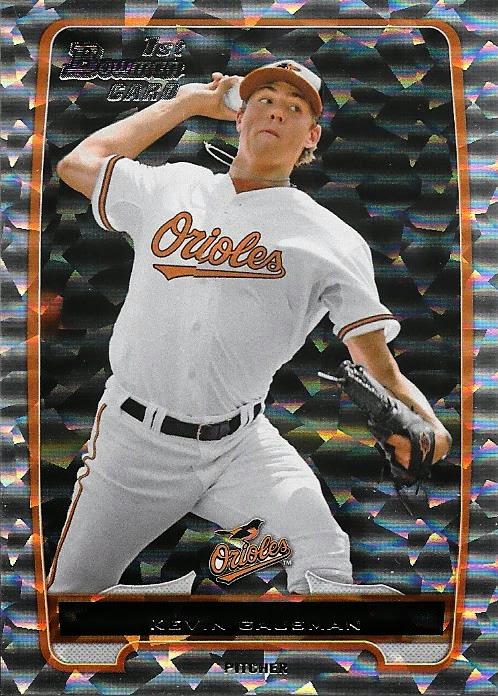 I got a 2012 Bowman Ice Kevin Gausman in a bulk insert purchase that was a couple bucks.  I'm a big fan of the Ice parallels (is it just me, or does Bowman set the standard for inserts/parallels these days?).  I still don't own a purple ice parallel of anyone, but I'm working on that. 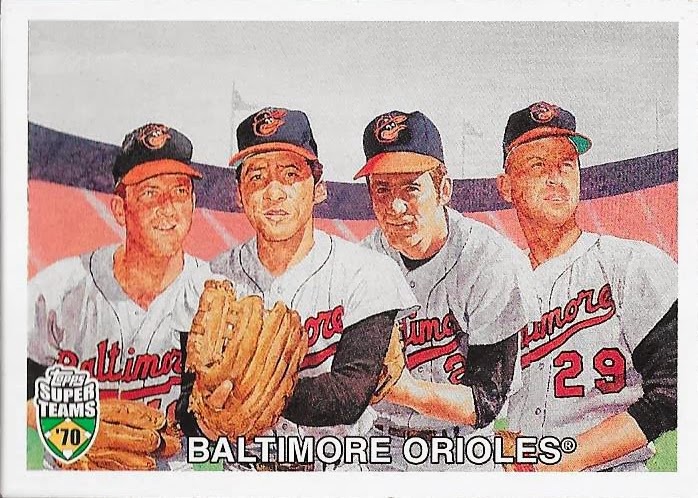 Finally, this was a really cool pickup, a 2002 Topps Super Teams Orioles card.  The card shows Dave McNally, Mike Cuellar, Jim Palmer and Dick Hall and discusses the 1970 Orioles pitching staff.  The card looks really cool and is reminiscent of the early 1990s Upper Deck cards.  I was actually surprised it was a Topps card.

So, I'm starting to get caught up as far as posts go, so I'll need some more trade proposals to come in, along with myself making some more card purchases.  I've blogged non-stop for quite a while, now, so let's keep it going!  I did complete a couple trades recently, which will be highlighted soon, so you guys have that to look forward to.  I also have a couple more cards from the December card show that I may show off.  We'll see.
Posted by William Regenthal at 7:22 PM