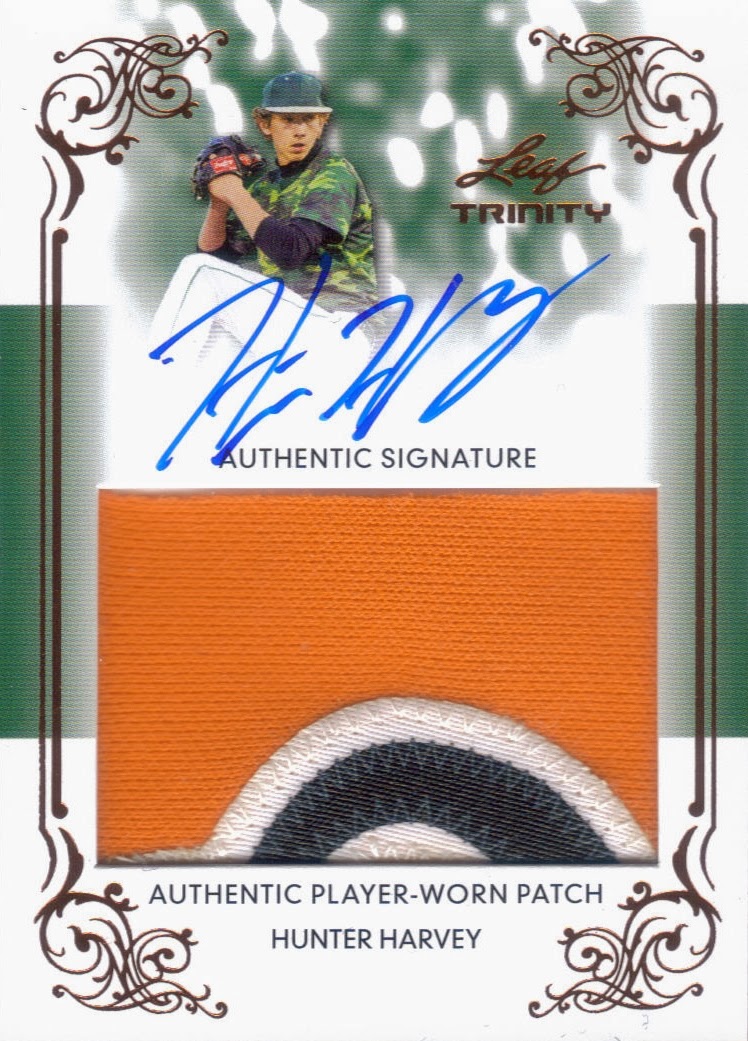 I made an Ebay purchase recently that landed me my first real 'sick' patch card.  I mean, I've pulled jumbo relics before and even patches, but I never owned anything as awesome as the patch card you see above.  The card is a 2013 Leaf Trinity Hunter Harvey patch/auto.  The card isn't numbered, but it really is awesome.  Harvey was the Orioles first round pick this year.  He is the son of former Major Leaguer Bryan Harvey and is from North Carolina.

I'm really excited about this card.  I wanted to show it off before today, but I had some pretty substantial stuff ahead of it.  Now, here it is and you all get to take a look.  I just hope this card doesn't end up like the Gem Mint 10 Bowman Chrome RC of Billy Rowell I picked up.  I've been trying to sell that thing for almost 2 years now.  Oh well, here's to hoping that Harvey doesn't follow in Rowell's footsteps and realizes his talent on the field.
Posted by William Regenthal at 9:14 PM