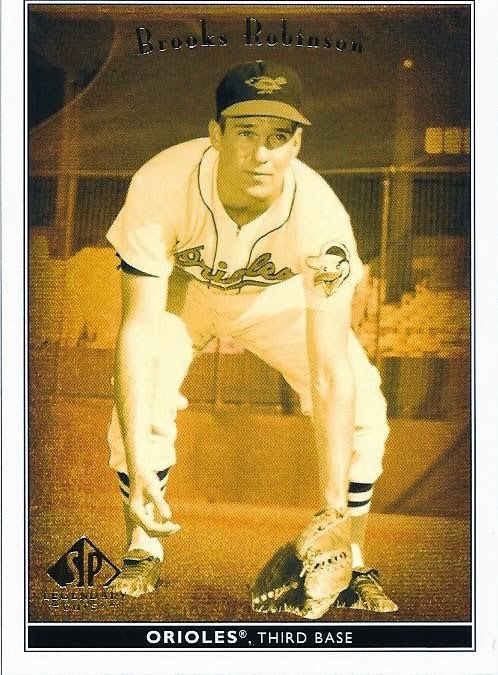 I grabbed a couple cards off of COMC last week with my store credit.  Two of which were Upper Deck SP Legendary Cuts Brooks Robinson cards from various years.  The above card, shown using a Sepia tone, is from 2002. I really like how this card looks, as I am a fan of sepia photos.  It just looks vintage to me.  I might have to look into some other Hall of Famers from this set. 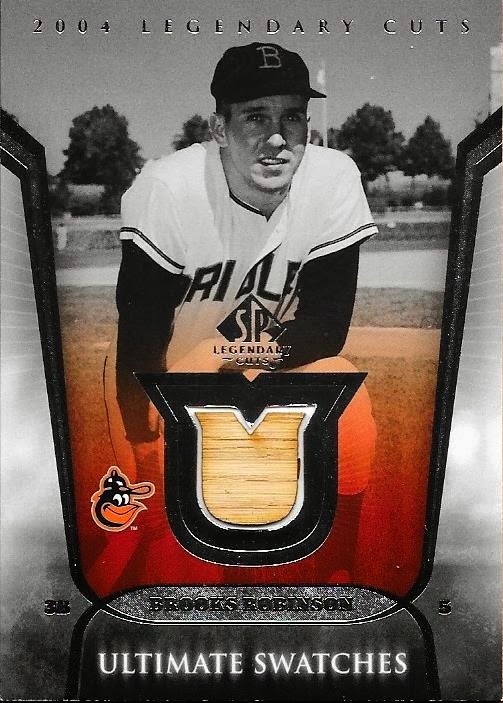 This bat relic card is from 2004 SP Legendary Cuts.  The piece of bat is raised up a bit from the front of the card, not something you see too often.  This card also looks really cool.  The photo of Brooks used for this card seems to be an older shot than the 2002 card, as he is in an older Orioles hat/uniform.

The relic card was around $3 in store credit and the 2002 card was less than a dollar, so I think I did pretty well.  Don't you?
Posted by William Regenthal at 4:51 PM