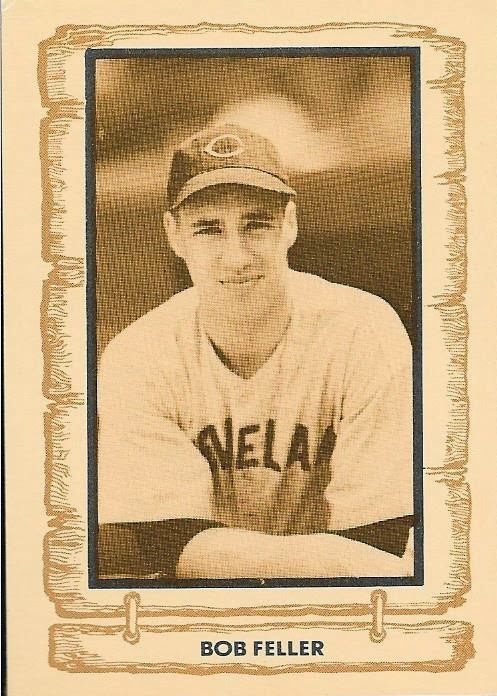 I spent a little bit of store credit recently on COMC and was able to add a few cards to my Bob Feller PC.  I got the above 1980-83 Pacific Legends Feller for under a dollar.  I hadn't heard of these cards before I was showing a Stan Musial to my good friend, Andrew.  He ended up not buying the Musial, but I liked the cards enough that I bought one for him and I got a couple for myself.  They look really good, in my opinion, and at a cheap price for Hall of Famers. 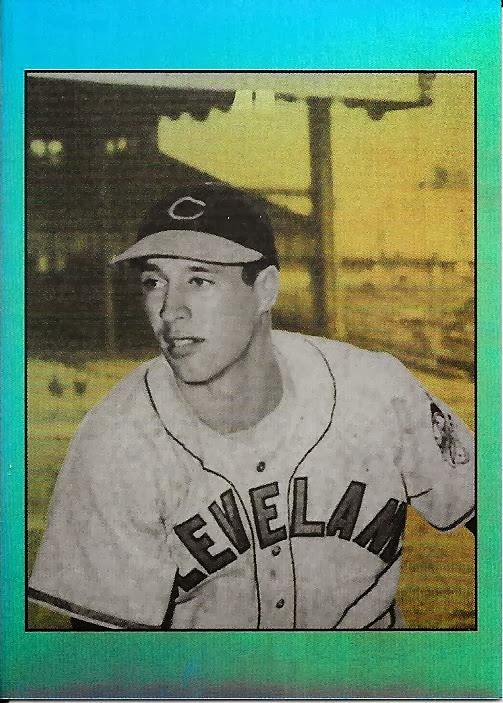 I also picked up this 2013 Bowman Blue Rookie Card refractor of Feller.  I thought this was really cool, especially since I am working on the 1948 Bowman set.  Having the original card makes this even cooler.  I also picked up the Musial, since it was a '48 Bowman as well.

I'll probably show the Musials I got at a later time, or I'll let Andrew show them on his blog, since I got him the same ones.  I really like both cards, though.  Really cool designs and not a lot of cost.
Posted by William Regenthal at 10:11 AM