After my success of finishing my 1970 set, I immediately got to working on compiling my lists of needs for the next two sets on my agenda - 1959 and 1969 Topps.  I was asked yesterday about what criteria I used in order to decide which set to pursue next and how many I liked to have going at one time.

Well, I had intended to start 1959 last year when I completed my 1955 Topps set, but I just had been too lazy to sort the ones out that I already had and map out my needs.  When i choose a set, I usually go by how many individual cards I have of each set to start off with.  I have amassed various amounts of each year of Topps there is.  Some years more than others, of course.  For example, I have a good many 1964 Topps, but very few 1953 Topps and even fewer 1952 Topps (yeah, I know, I can keep dreaming about that set).

I chose 1969 because I THOUGHT I had more singles of that set than I did of 1972.  I might have been mistaken, but oh well, it is official, I have started it.

As far as the number of sets I have going at once, well, I have had a bunch going for a while.  It's just that some move faster than others.  My 1948 Bowman set will take forever because the Yogi Berra I need is pretty dang expensive.  My 2010 Allen and Ginter set that I have been working on could take seconds to fill if I went on Sportlots, but I lost interest.  I'll get it eventually. 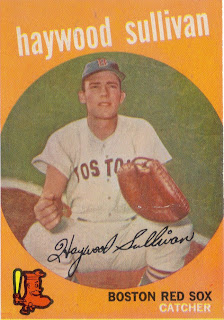 It was very convenient yesterday when I got my final 1970 Topps card in the mail, because I also got the final package from Topps' Diamond Giveaway.  In it, I had these two 1959 Topps and the two 1969 Topps below them. 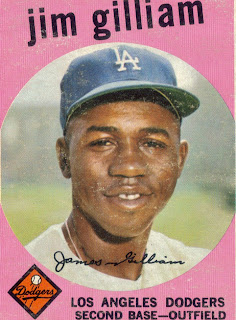 I didn't realize until last night when I was sorting the 1969 Topps that I didn't need the 1969 Jim Perry.  I could have traded it on Diamond Topps for something else.  Oh well. 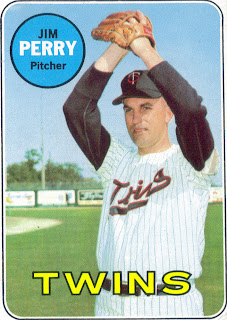 I did need this Tom Reynolds, though.  It came in pretty good shape, so it went right into my box.  I'm definitely not looking for super high grade when completing thses sets, because that would be really expensive for me, but I do want them to look nice.  I don't like huge creases, paper loss or writing on the cards. 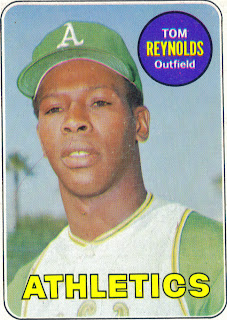 I also updated my want list page.  Head over there and check it out!  I hope to start knocking numbers off of that list really soon.
Posted by William Regenthal at 8:03 PM

I think I own, like... TWO vintage cards. I can't imagine chasing an entire set. That has to take patience.

I've been walkin' the streets at right. Just tryin' to get it right.

Woops, sorry. Had a little Axl stuck in my throat there.

Awesome song, thanks for the reference. Also, you definitely should get some more vintage!