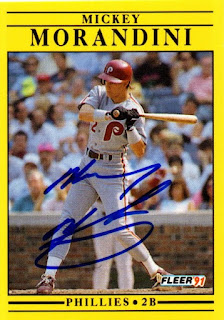 Mickey Morandini was another of the free VIP signers at this year's National.  Like most of the others, he was someone that I had gotten in the past via TTM.  I also think I had sent my friend, Max, some of Morandini's cards, but I still had plenty that I was able to use for the National. 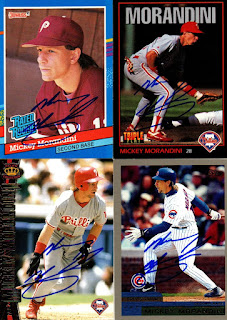 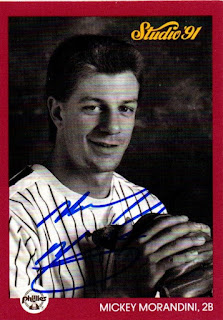 All of the cards turned out great.  I used to have a friend who was working on the 1991 Studio set, but he took off, so I will just file this away in my album.  I like the set, but am definitely not going to try to complete it.  I have enough going on.
Posted by William Regenthal at 5:51 PM