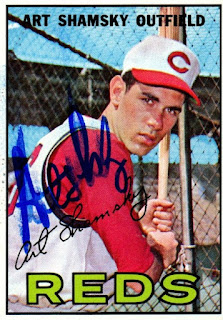 Finally!  A free signer at the National that I hadn't seen before.  Art Shamsky was really nice and apologized for smearing my 1967 Topps after he signed it.  He offered to (and did) replace the card after I got home from the show. 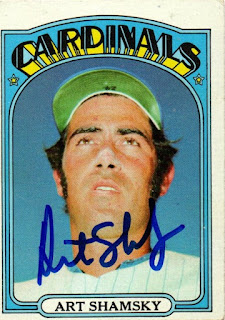 Both of these cards were sent to me by my friend, Gerard.  Since he provided the cards, I sent him the replacement 1967 Topps and I kept the smeared one.

Posted by William Regenthal at 7:26 PM