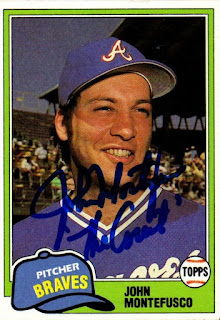 John Montefusco is another player that I had gotten TTM previously who was one of the free signers at this year's National. The problem is, I never posted the TTM success from him. It was a ball that I had mailed in 2012 and got back signed in 2018, 6 years later. 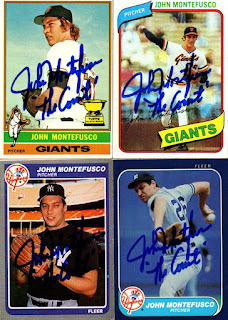 Anyway, I added a bunch of his cards to my album and they turned out great.

Posted by William Regenthal at 8:30 PM