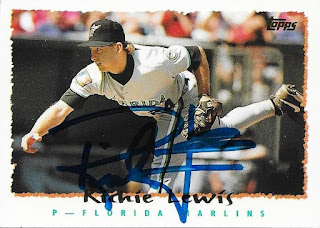 I had Richie Lewis's cards in my box for a long time. So long that, I had waited too long to send and saw that he hadn't been signing, so I took the cards out and gave up on sending them. I saw recently that he had been signing again, so I pulled the cards and sent them out. I'm glad I did, because they are finally signed and in my album. 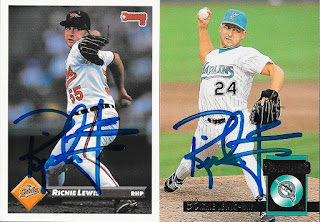