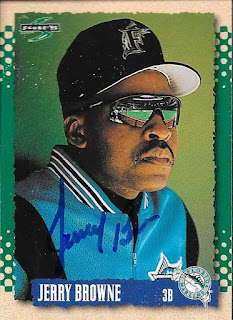 It is obvious that there really is no rhyme or reason to who I mail to and what cards I send.  The exceptions, however, are 1987 Topps cards and Orioles.  Still, one could say that my lack of a pattern is a pattern.  Really, what I look for, in the simplest of terms, is for cards that I think will look cool when signed.

That being said, I really enjoyed the 1995 Score set, and wanted to get a few of those cards in my autograph album.  When I saw that Jerry Brown signed TTM, I pulled the above 1995 Score, and went through my boxes for other cards to send along with it.  I had a bunch of Browne's stuff, so I sent 5 cards out to be signed. 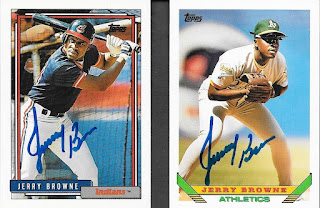 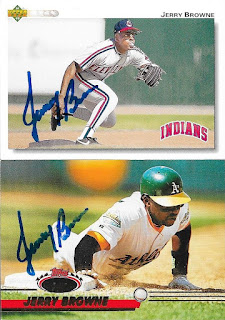