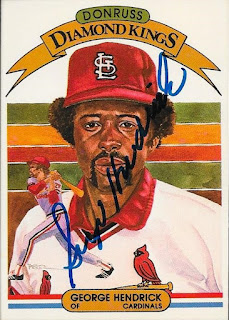 Not too long ago, I joined a Facebook group for private signings, and I have knocked off quite a few cards for my 1987 Topps set.  There was a signing offered for George Hendrick, but initially I passed on it because the price was too high. 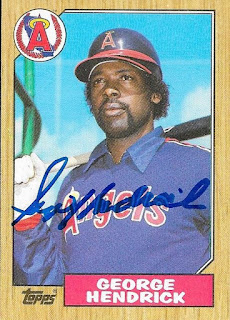 Hendrick appeared on the 1994 Hall of Fame ballot, but received no votes.
Posted by William Regenthal at 9:42 PM