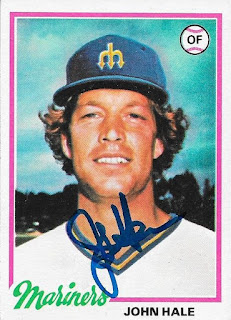 I added some late 70s cards to my album with this TTM success from John Hale.  The above 1978 Topps is a nice example of an airbrushed photo, as Hale had spent the previous season with the Dodgers.  I think they did a good job on the airbrushing, as opposed to some other cards I've seen. 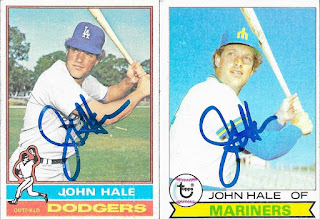 The 1976 and 1979 Topps cards below are very similar, which I thought was kind of cool.