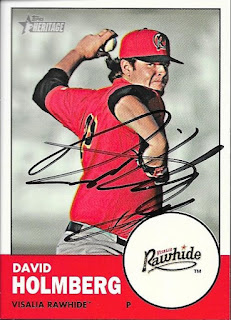 I have been working diligently on trying to keep myself busy while there has been no (good) baseball news to speak of.  I have gone through all of my card boxes three or four times, and have a ton of TTM requests out, and even more to write and send.

I came across David Holmberg in my box, and found out that he was signing.  I sent him two cards, and I was surprised to see that he included the above 2012 Topps Heritage Minors with my cards.  That was really awesome of him. 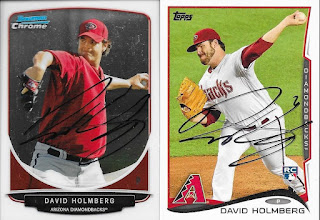