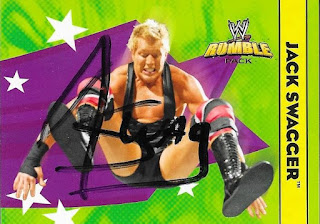 Chris had a hand in sending this TTM off, but he and I benefited from a return from former WWE superstar, Jack Swagger.  Chris had 4 cards of Swagger, and we split them when they came back signed.  These were the two he gave me from the return. 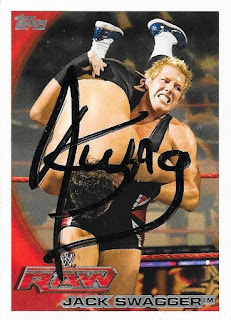