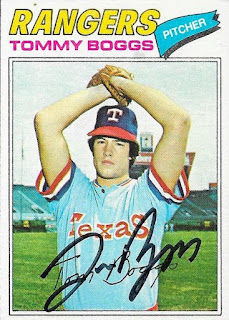 This one took a while to come back, but I was glad to add Tommy Boggs to my autograph album.  The old Rangers jersey on the above 1977 Topps looks really cool. 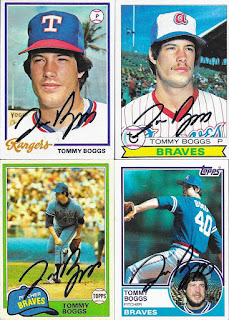