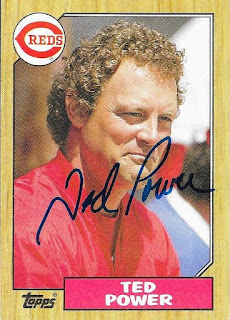 I have held onto my Ted Power cards for a long time because one of the guys from Instagram had told me he would get them signed for me, and then never came through.  I finally got tired of seeing his name on my needs list, so I went ahead and sent the cards to him, myself.  They finally came back signed, and I can now cross him off of my list for my 87 set. 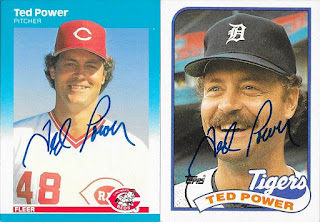 I mailed to Power on October 1 and got the cards back on October 12, for an 11-day TAT.
Posted by William Regenthal at 6:11 PM