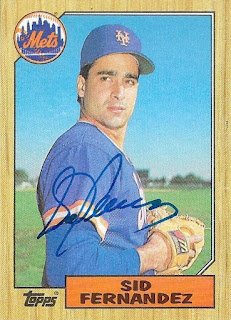 Another of the recent private signings was for former pitcher, Sid Fernandez.  I had needed him for quite a while, and finally got his 87 Topps done.  I actually have an old Sports Illustrated that I need him on, too, but I had to wait to send that.