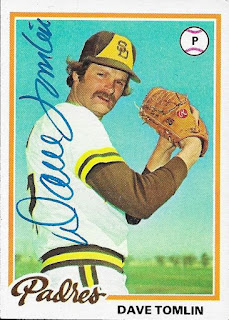 Here are some late 70s-early 80s cards that I added to my album with this TTM success from Dave Tomlin. 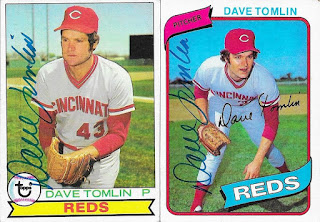 Tomlin signed the cards vertically, which is a different touch, but they still look nice.  The cards  had him sign were Topps from 1978, 1979 and 1980.

I mailed to Tomlin on October 4 and got the cards back on October 12, for an 8-day TAT.
Posted by William Regenthal at 7:08 PM