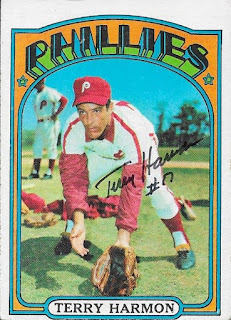 Two more cards were removed from my box that I got in Columbia from Conrad when I sent them off to Terry Harmon.  Both cards turned out well. 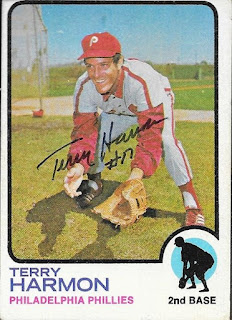 Harmon has a nice, neat signature, and it looks great on my cards.

I mailed to Harmon on October 2 and got the cards back on October 29, for a 27-day TAT.
Posted by William Regenthal at 5:36 PM