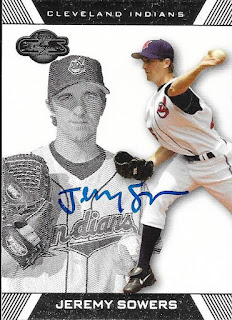 In my efforts to add some more recent cards to my autograph album, I saw that Jeremy Sowers was signing TTM.  I was able to get some late 2000s cards done, like the above 2007 Topps CoSigners.  I don't think I had any signed cards from this set in my album, so it provided a little something different. 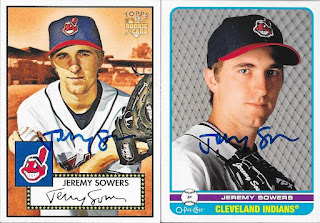 I mailed to Sowers on September 30 and got the cards back on October 16, for a 16-day TAT.
Posted by William Regenthal at 5:15 PM