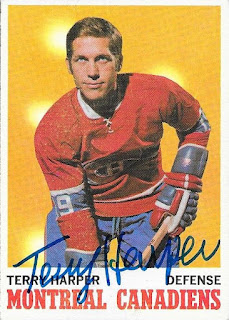 I added a couple more hockey cards to my autograph album with this TTM success from Terry Harper.  Harper has a really nice, clean signature, and it shows up well on the cards that I had. 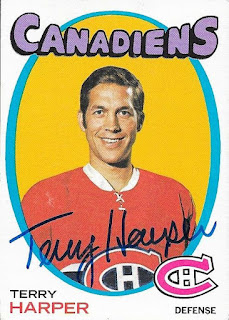 These vintage hockey cards are really cool, and I probably will go back through the box that Max gave me so I can sent off some more cards.