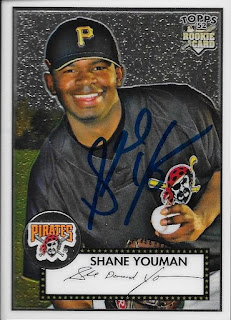 Shane Youman is another player with cards from the mid-2000s that I sent to last month.  I got some nice stuff back, like the above chrome 2007 Topps Rookie 52.  It looks even better in person. 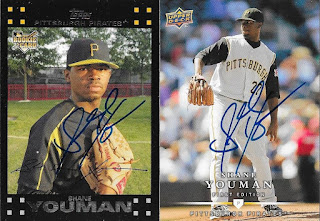 I mailed to Youman on September 30 and got the cards back on October 28, for a 28-day TAT.
Posted by William Regenthal at 5:51 PM