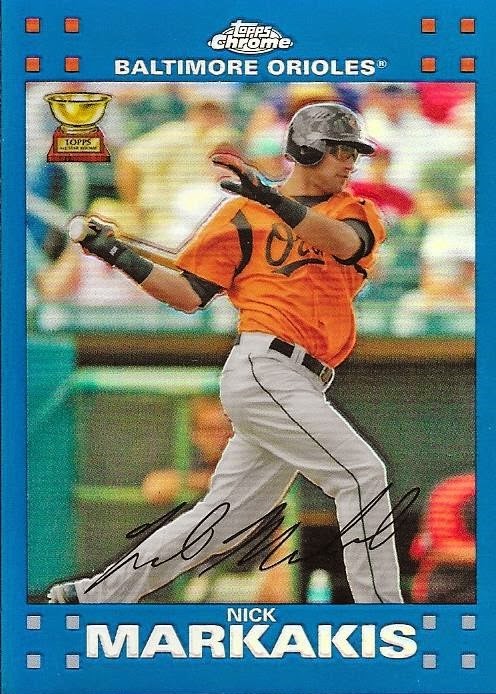 I was contacted recently over Instagram by a young guy named Eric who asked me if I had any Twins cards for him.  Luckily, the day before, I had pulled a ton of Twins for someone else who promptly backed out of the deal, so that left the whole stack wide open to Eric.  He offered up a bunch of Orioles cards for 50 or so of the Twins (for now) and then some other Orioles stuff for a few 1971 Twins and some Joe Mauer/Justin Morneau relics.

I'm pretty certain that I didn't already have this Nick Markakis blue parallel from 2007 Topps Chrome.  This was a nice surprise in the package. 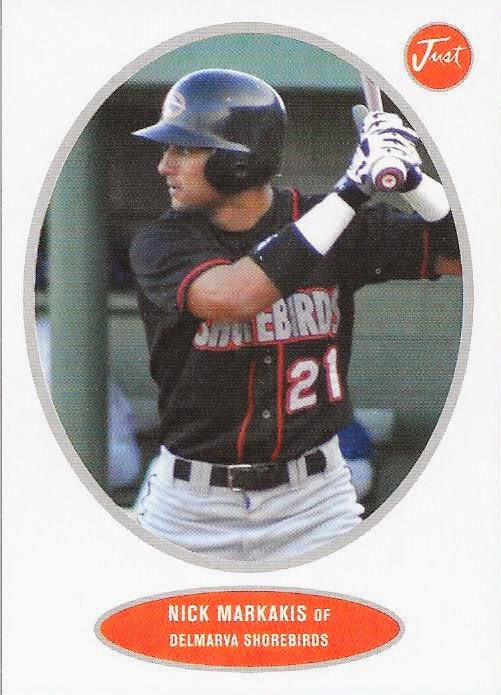 I know I didn't have this 2004 Just Minors Markakis card, though.  This was one of the specific cards that Eric brought up in our trade conversation that I happily accepted. 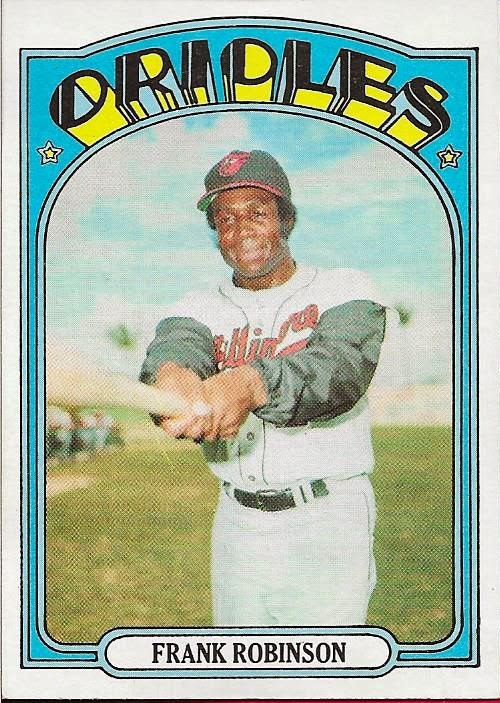 For some reason, I also didn't already have this 1972 Topps Frank Robinson card.  I was glad to go ahead and get it, even though I really haven't had Frank as a PC.  I know I will sometime soon, I just haven't gotten around to starting it up. 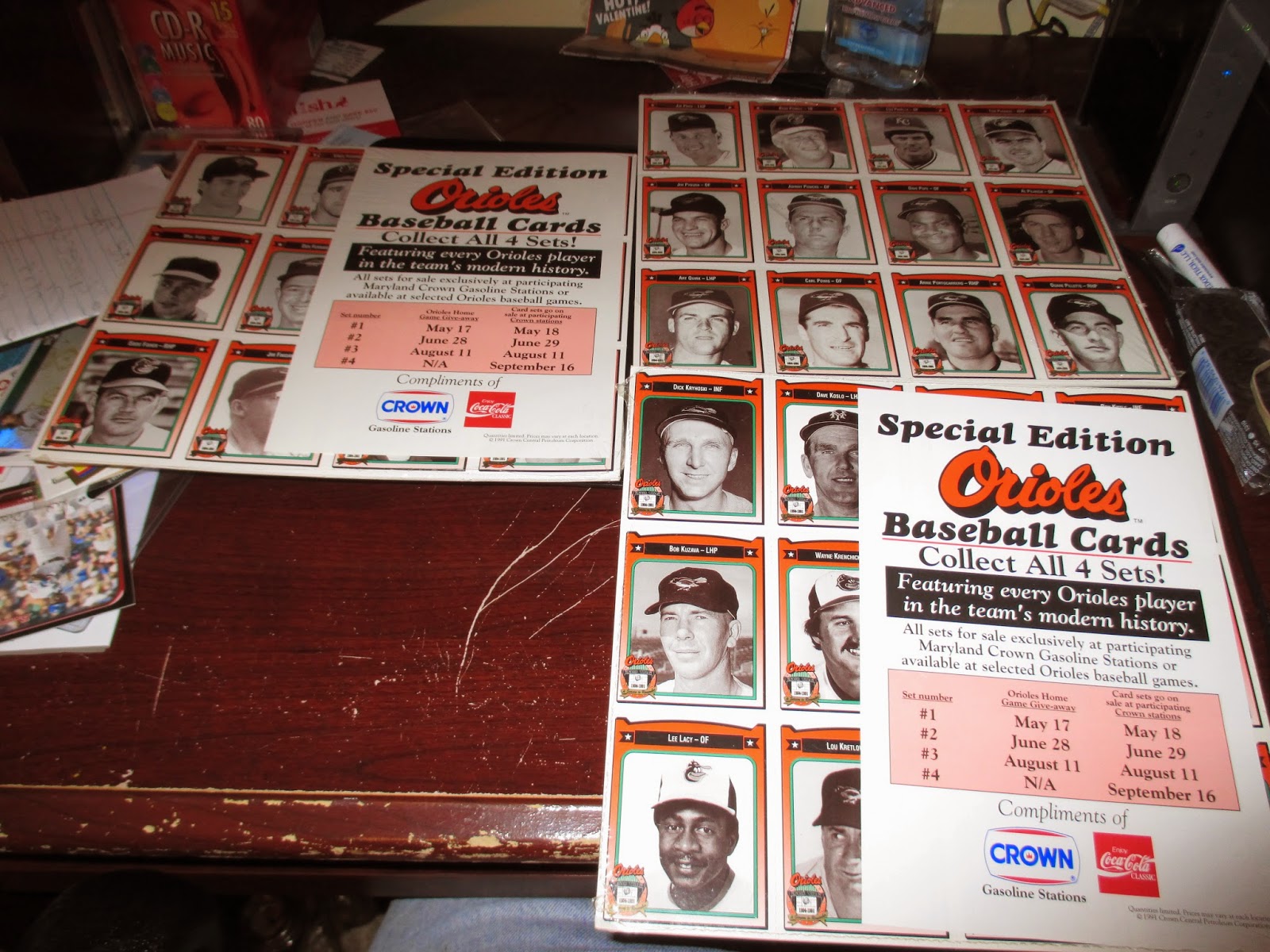 Finally, Eric gave me these sealed 1991 Crown Orioles team sets.  There were 4 sets and I have 3 of the 4 now.  I may look into picking up the individual cards of Brooks Robinson and Cal Ripken.  Apparently, these sets consist of every person that has been on the Orioles since the team relocated to Baltimore in 1954.  Pretty cool stuff.

Thanks for the trade, Eric!  Also, thanks for helping me unload that Twins stuff.  That (and our subsequent deals) really helped clear out some room in my boxes.
Posted by William Regenthal at 5:59 PM