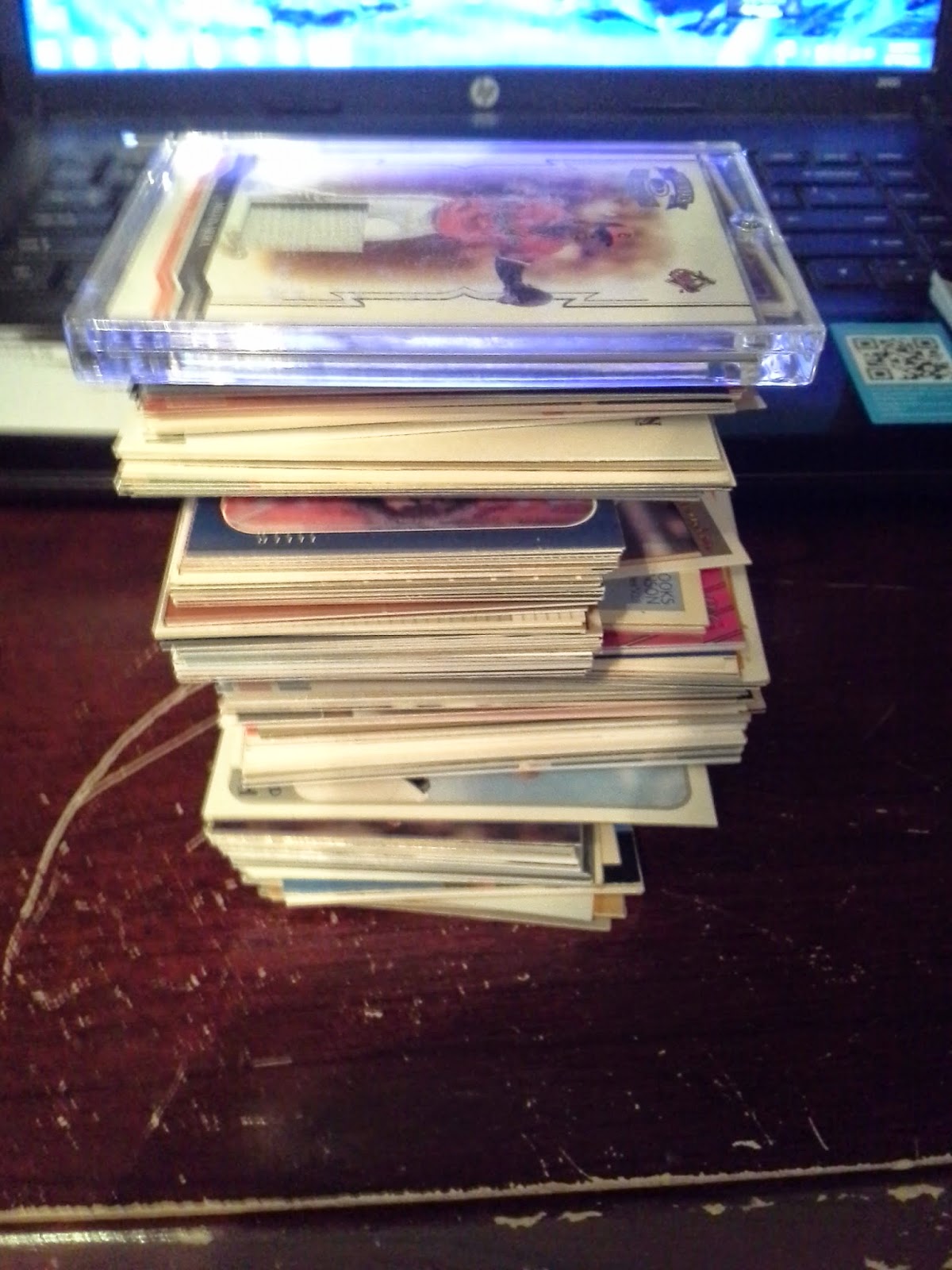 I got an email recently from a guy named Wes who reads my blog.  The email was quick and to the point, asking me for my address because he had some Orioles cards for my collection.  As you can see from the photo above, what he sent me was far more than I could have imagined.  It got better, too, when I flipped through the cards and saw a ton of Orioles that I needed and came upon some awesome relics and autographs.  I was amazed at the things I found in the pile.  Here are some of the highlights: 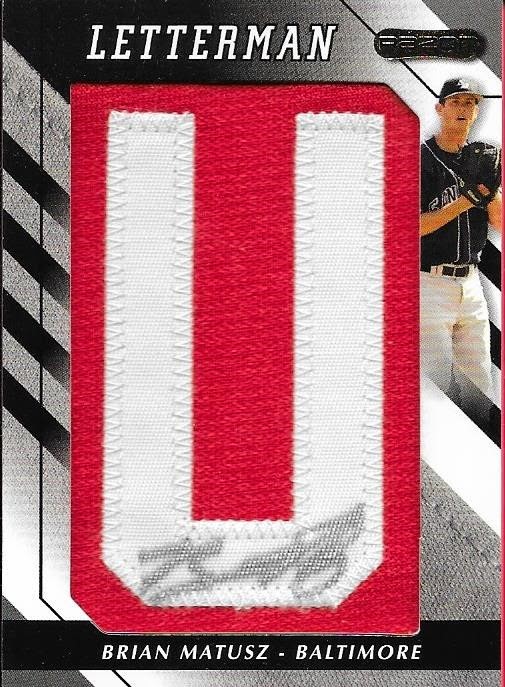 This Brian Matusz Razor Lettermen auto was so cool.  I had another of his, a Z, I believe, but this one was a different color and looks really awesome! 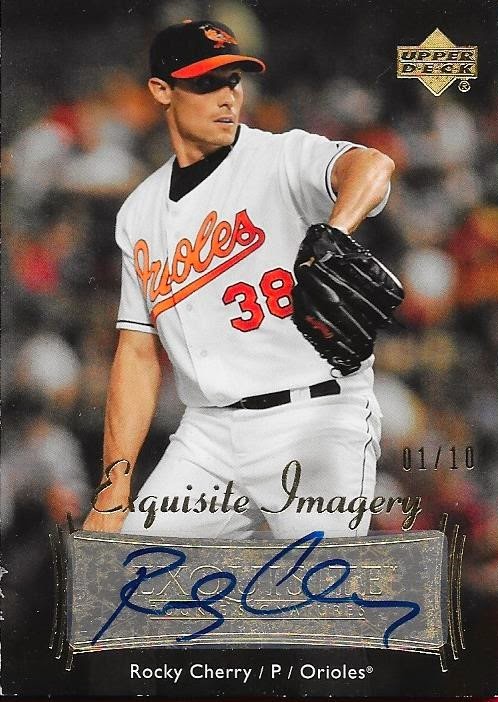 I don't believe former Oriole reliever Rocky Cherry has made it onto the blog before, but this Upper Deck Exquisite auto looks so cool.  It is also numbered 1/10.  Cherry didn't last long for the O's but this card is still really cool and I'm glad Wes included it. 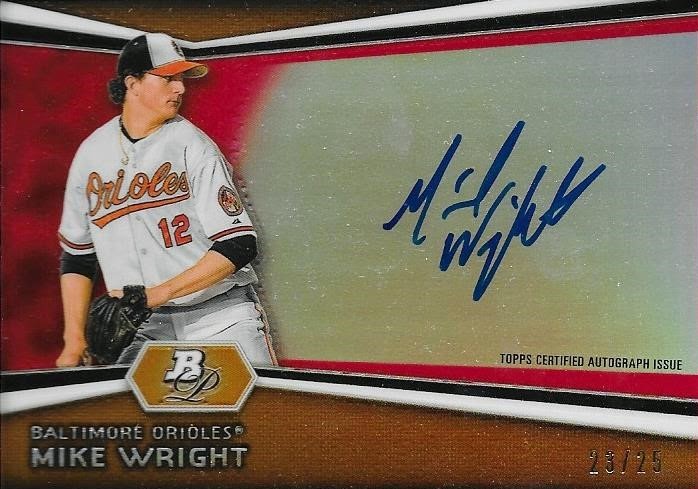 Finally, I was really happy to get this Mike Wright Bowman Platinum auto, red parallel, which is numbered to 25.  I already had the base and now I have the red.  I like Wright because he went to nearby ECU and was really cool when Chris and I met him a few years ago.  I hope he makes it to the bigs and pitches as well as he is capable.

It is going to take me some time to go through all of these cards that Wes hooked me up with.  If you're reading this, Wes, thanks so much!  I really appreciate the package!
Posted by William Regenthal at 6:17 PM