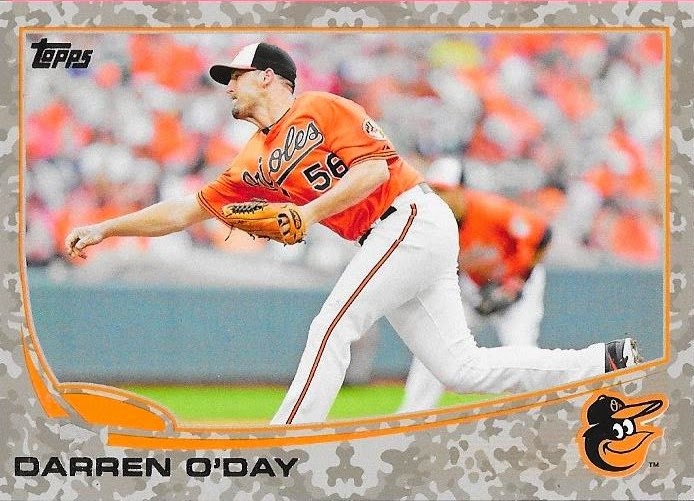 This trade was several months in the making.  I had pulled a bunch of Ian Kinsler and Mariners cards for a kid named Sam and set them aside.  I has initially hoped that Sam would complete the trade right away, but he didn't have what he felt was enough to offer, so the deal was shelved for a while.  Sam got back up with me recently, and luckily, I had the pile of cards still set aside for him.

I got the above Camo parallel Darren O'Day, which is numbered 39/99, a bunch of Orioles cards and a 2013 Topps Emerald parallel for my set in exchange for the cards I had for him and a few extras I threw in as well. 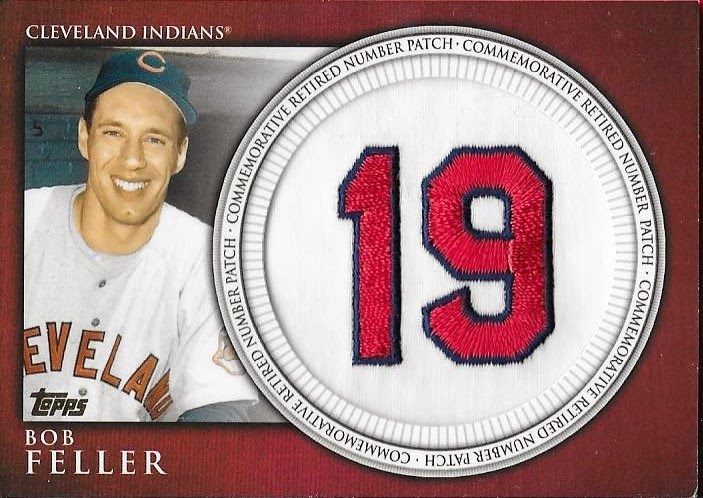 Sam, feeling bad that it took so long to complete the deal, threw in a few other cards for me (like this Bob Feller manufactured patch) and some for my son, Chris.

Sam might be only 13, but he is a really good guy and a great trader.  I am glad he was able to complete this deal and I have already sent him a second package and am at work on a third.  Thanks for the trade, Sam, I really appreciate it.
Posted by William Regenthal at 10:17 PM