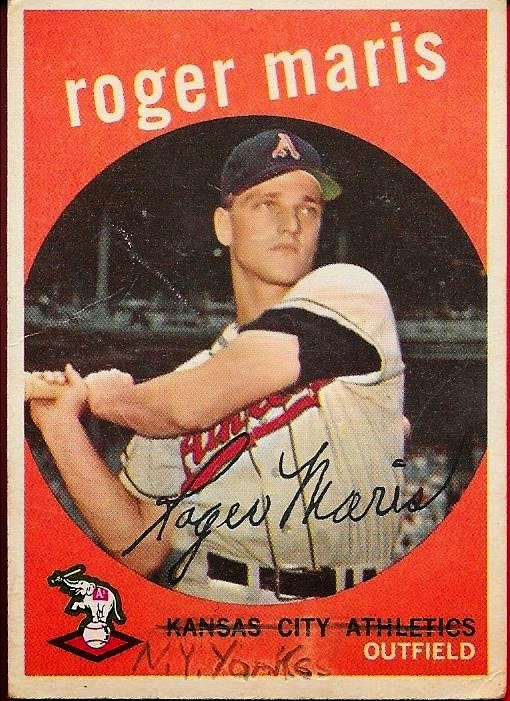 Normally, I really dislike any type of writing on a baseball card.  To me, that might just be at the top of cardinal sins of card collecting.  You know, right up there with wrapping rubber bands around a stack of cards or storing them in plastic bags.  I remember one time when I was helping at the card shop, a young man, probably about 14 or 15, came in with his card collection.  He wasn't really wanting to sell, he just wanted to proudly show off what he had.  I took the time to listen to him, to admire his card, and when it came time for him to leave, I handed him a storage box, free of charge.  When he asked me what it was for, I told him that it would help him preserve his cards a lot better than the plastic grocery bag he brought them in.  Naturally, the kid was appreciative that he got something for free, but I think he also appreciated that someone took the time to help him better his collection.

Anyway, back to the card that I got.  I bought the card from a nice kid named Joey, whom I have traded with before.  He made me an amazing deal for this card that I really couldn't turn down.  Writing or not.  So, I have this Roger Maris card.  With the KC A's scratched out and NY Yanks written in on it in what is seemingly the handwriting of a kid from back in the early 1960s.  It also looks like someone tried in vain to erase the ink, but clearly they failed.  My 1959 set is far from Mint, so I technically could keep this card as part of my set, or I could hold onto it as a separate card.  I looked and I would be very lucky to get another Maris for my set for less than $50, so I really may be inclined to mark this one off of my checklist for good. I just don't know.

Regardless, I appreciate Joey hooking me up with th card and I really do enjoy it.  We'll see if it makes the cut, so to speak.  As of right now, I am leaning toward putting it in the set.  Anyone have any thoughts?
Posted by William Regenthal at 5:56 PM