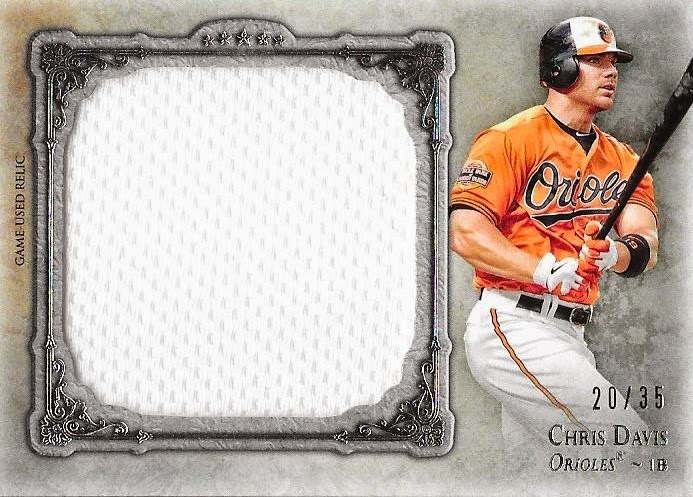 I was able to get an awesome return for my Julio Arias Bowman Sterling auto that I won in a Box Break over Instagram a few weeks ago.  Another "instagrammer" messaged me and asked if I would take the above Chris Davis 2013 Topps Five Star jumbo relic and the below Bowman Sterling Dylan Bundy auto for the Arias.  I couldn't resist that.

Steve, the guy I traded with, even sent first and requested that I hold off on the trade until I got my card in.  You couldn't ask for a better trade.  I wish they could all be this way. 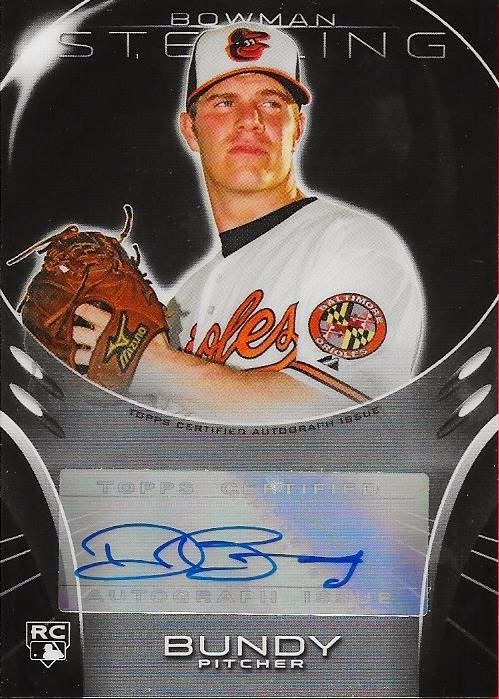 Both cards are great, but the Davis was the gem of the deal, in my opinion.  I do have a fellow Orioles fan that I just met who is asking about the Bundy.  I normally wouldn't be inclined to trade it, but I definitely want to hear his offer.  It would be really cool to be able to take a couple bucks spent on a box break and turn it into quite a few PC needs.  We'll see, but so far, I have had a tremendous return.
Posted by William Regenthal at 5:44 PM