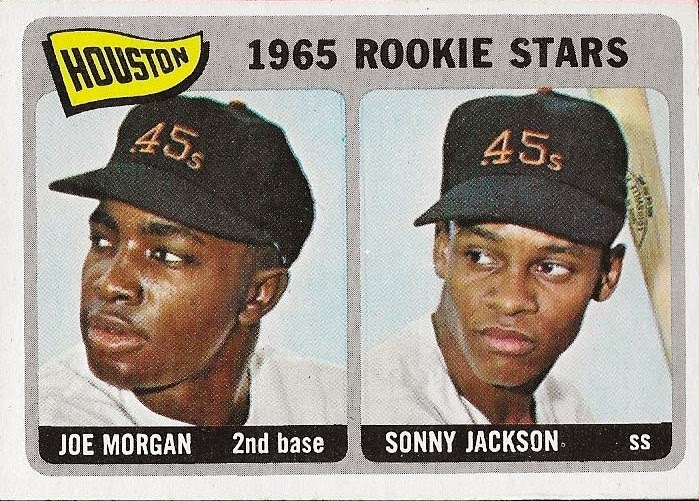 Not only did I get a few set needs and my Larry Doby signed baseball from AAA Collectibles in Matthews, NC this past weekend, I also got this awesome Joe Morgan rookie card.  The card is from 1965 Topps and set me back only $20.  Not bad at all! 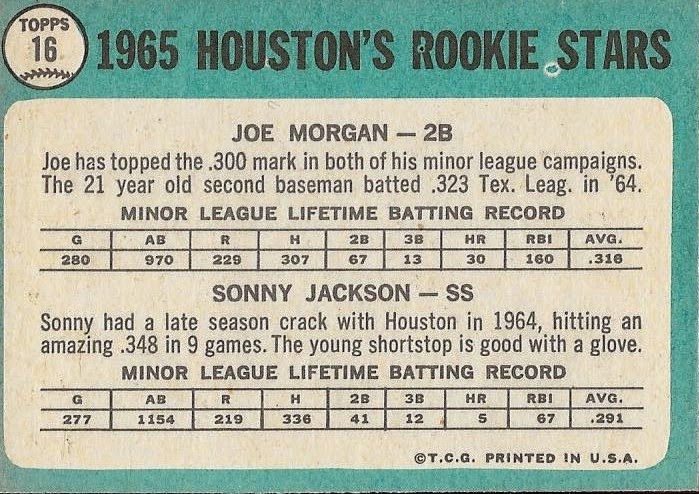 I think it is really cool to read the back of a future Hall of Famer's rookie card to kind of see what the scouting report was.

Sonny Jackson must enjoy sharing his RC with Morgan.  Jackson played in the majors in parts of 12 seasons but obviously never gained the star power that Morgan had.

So, I guess I wasn't kidding when I said that I was going to do a PC of Morgan's base cards.  Ive got a few, now, and I think I will be adding some more soon.  I know I love this RC and am really happy that I got it for as cheap as I did. 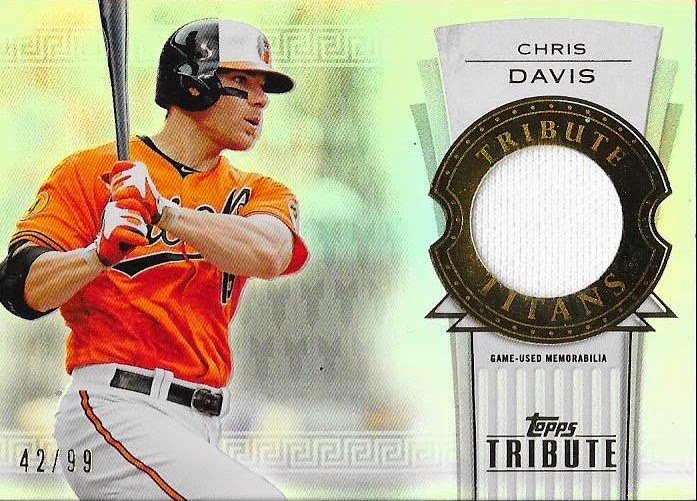 But wait, there's more.  For an additional $10, I got this 2014 Topps Tribute Chris Davis relic.  I think at $10, this was an absolute steal.  Davis has gotten off to quite the slow start so far this season, but I have faith in him that he will get red hot and still hit 35-40 homers this year.  We'll see though.

So, I think I had a productive trip to the Matthews shop.  I hope that if any of you are in the Charlotte area, that you would go by and check it out.  The folks who own/run it are amazing and you'll find some sweet deals!
Posted by William Regenthal at 5:58 PM