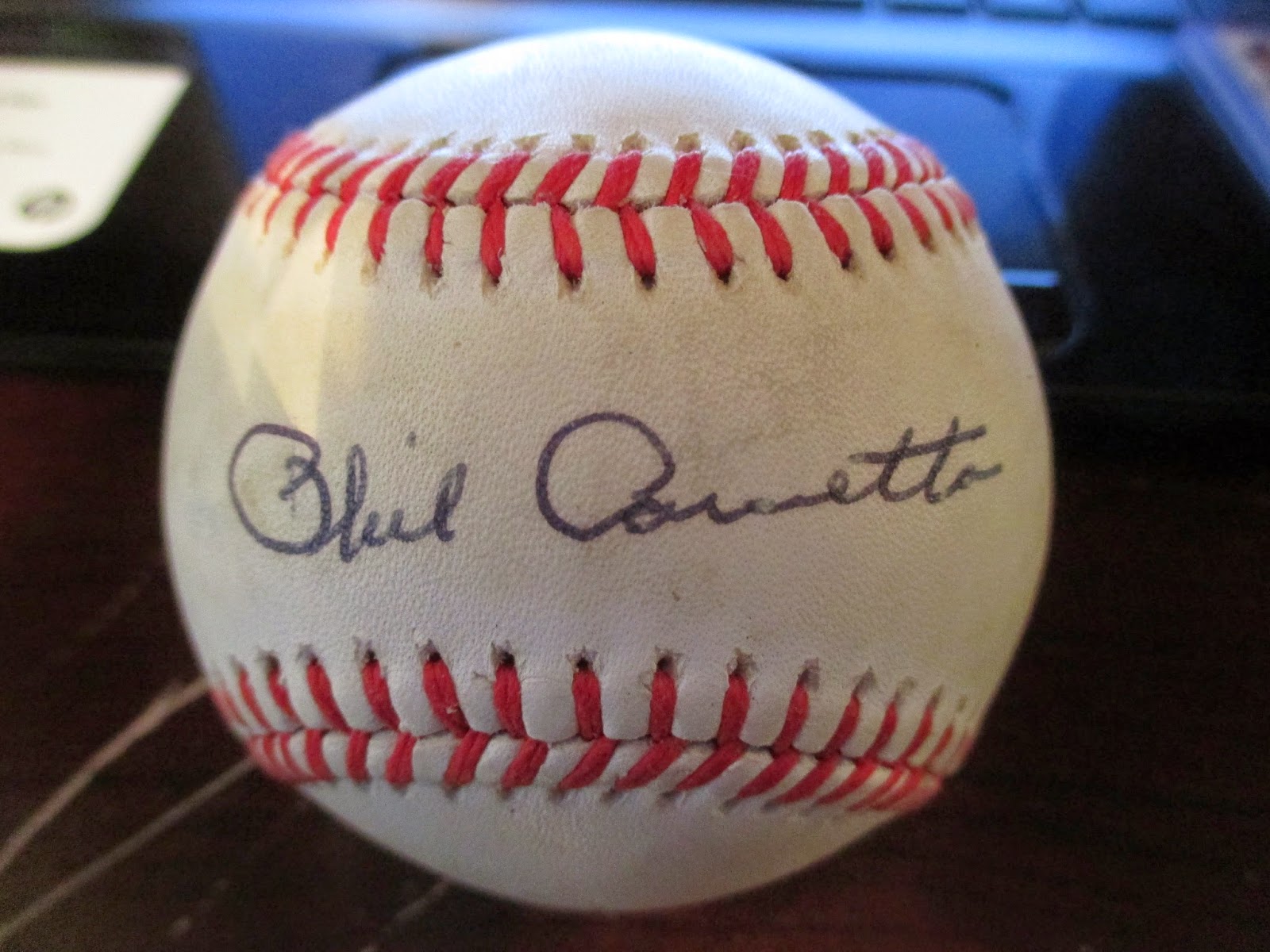 I wanted to pick it up because I had heard that in the past, Cavarretta had been a great TTM signer, but unfortunately, I missed the boat on getting him and he passed away before I could send a ball.

He was the NL MVP in 1945 when he captured the NL batting title with an average of .355.  His MVP award is (much like Marty Marion) is likely the product of wartime baseball, but I still think this is a great addition to my collection. Cavarretta did lead the Cubs to the World Series in 1945, which they lost to the Detroit Tigers (a team that I know a lot about, given my research on Virgil Trucks).  Coincidentally, 1945 was the last time the Cubs have been to the World Series.
Posted by William Regenthal at 5:47 PM