Some Pickups From My Brother John 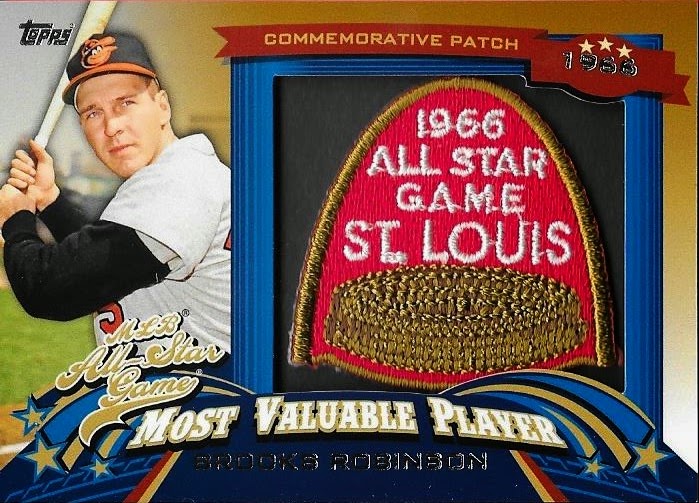 I finally remembered to take one of my huge boxes of trade bait to my parents' house this past weekend and made the trek across the street to trade with my older brother, John.  I gave John a Ted Williams manufactured awards relic and he hooked me up with this cool Brooks Robinson All Star Game manufactured patch from 2013 Topps. 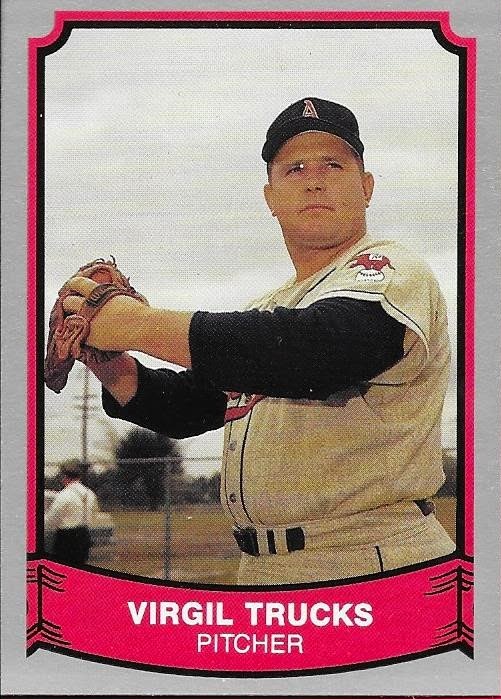 John gave me this awesome Virgil Trucks card, the only flaw being the spot near his eye.  It's ok, because I am a fan of any Virgil Trucks card.  His 97th birthday was on the 26th.  I took a moment on that day to pause and reflect on how awesome the man was and how I miss him, even though I never met him. 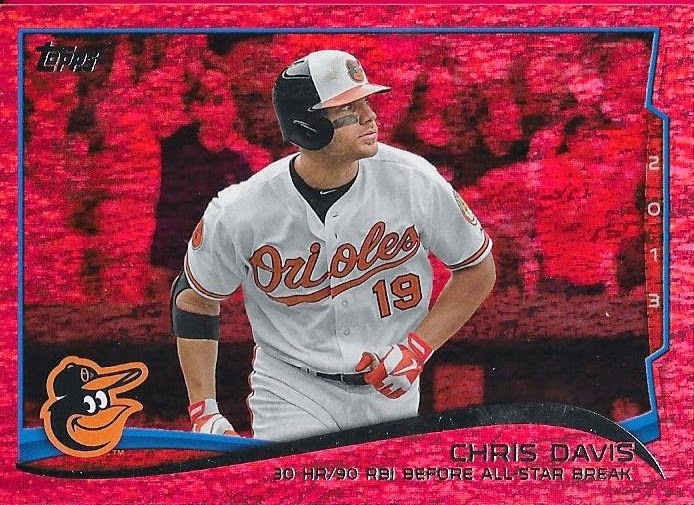 John traded this 2014 Topps Red Hot foil Chris Davis to me for a Ted Williams WWII card that I had.  I don't remember what year those were from, 2010, maybe?  I thought I had one of these Davis's coming in a trade, but I don't know what happened there.  Oh well, I have it now. 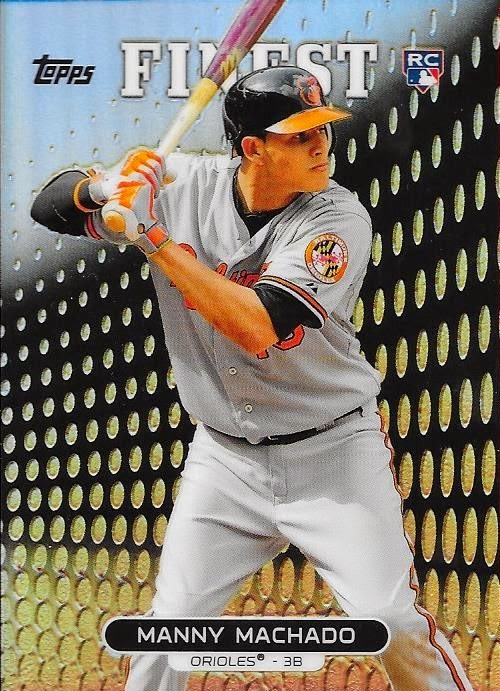 For a Jim Rice Silver Slugger Award manufactured card, John hooked me up with these two Manny Machado RCs.  The above card is a Topps Finest refractor and the below card is the Bowman Platinum red parallel.  Neither is numbered, but they are both really nice. 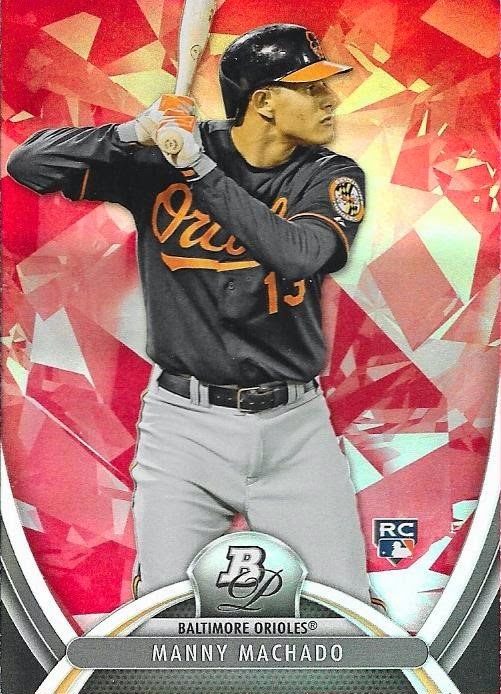 So, thanks for the cards, John.  I need to build back up some Red Sox inventory, but with all of the friends I have that collect Red Sox, it's tough.
Posted by William Regenthal at 5:38 PM