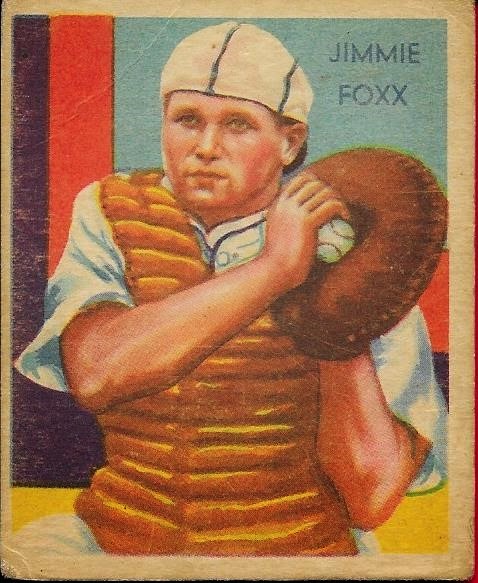 I picked up this iconic baseball card off of Ebay a couple days ago.  As you can see, it is a Jimmie Foxx 1935 National Chicle Diamond stars card showing Foxx as a catcher.  The fact that the card depicts Foxx as a catcher is pretty cool, since he only played 110 of his 2,200 major league games at that position. 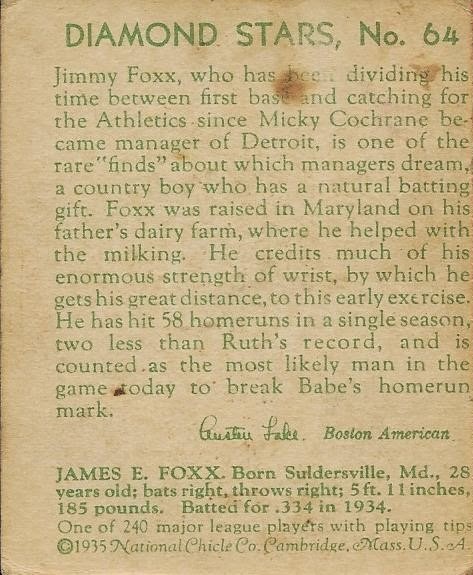 Something else I really like about the card is that it refers to the 58 home runs that Foxx hit in 1932 and that he would be the most likely player to break "Ruth's" record.  This is really cool, since we all know that didn't happen and the 58 home runs would be Foxx's personal best.  Foxx desperately wanted to break Ruth's record, but nagging injuries limited him later in his career.  One would think that had Foxx been fully healthy every season he played, he definitely would have hit more than 50 home runs on several more occasions.

I'm really happy I got this card.  It looks amazing and is only the second 1935 National Chicle that I have.  This card is going directly into a magnetic case inside a team bag.
Posted by William Regenthal at 9:29 PM