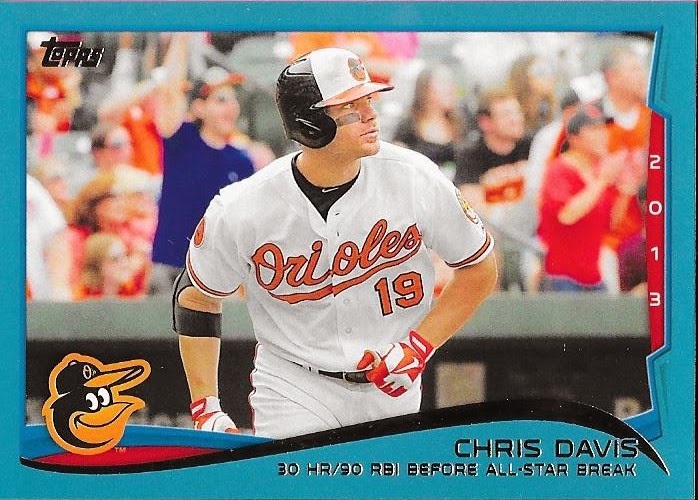 I completed a trade a few weeks ago with a guy on Instagram named Nick. He and his son have been following me for a while, so it was nice to finally pull off a trade.  I sent him a 2014 Topps Museum Collection Anthony Rizzo green parallel and he hooked me up with some nice Orioles stuff.  The key to what I got in return was this 2014 Topps Chris Davis blue parallel and the below 2013 Topps Chrome Manny Machado RC for my set. 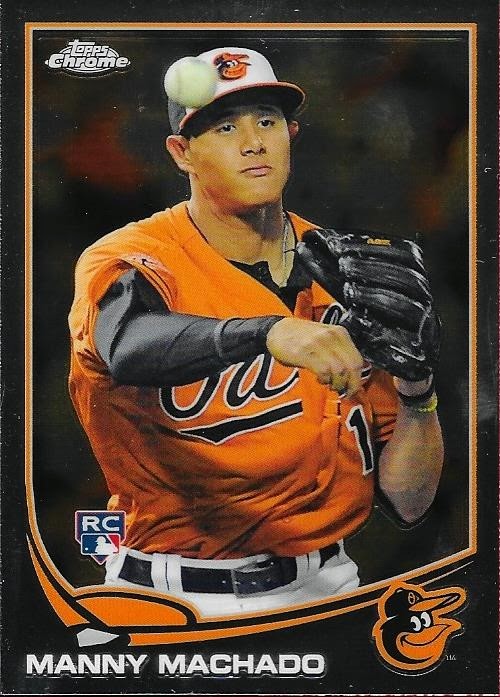 I could have sworn that I had this Manny in my PC, but if I do, it is nowhere to be found, so I had to deal for this one so I could add it to my set  I'm glad I did because my 2013 Chrome set is winding down.  It'll be nice to put this one away and then I can maybe concentrate on something ese.

Thanks for the trade, Nick!
Posted by William Regenthal at 5:34 PM