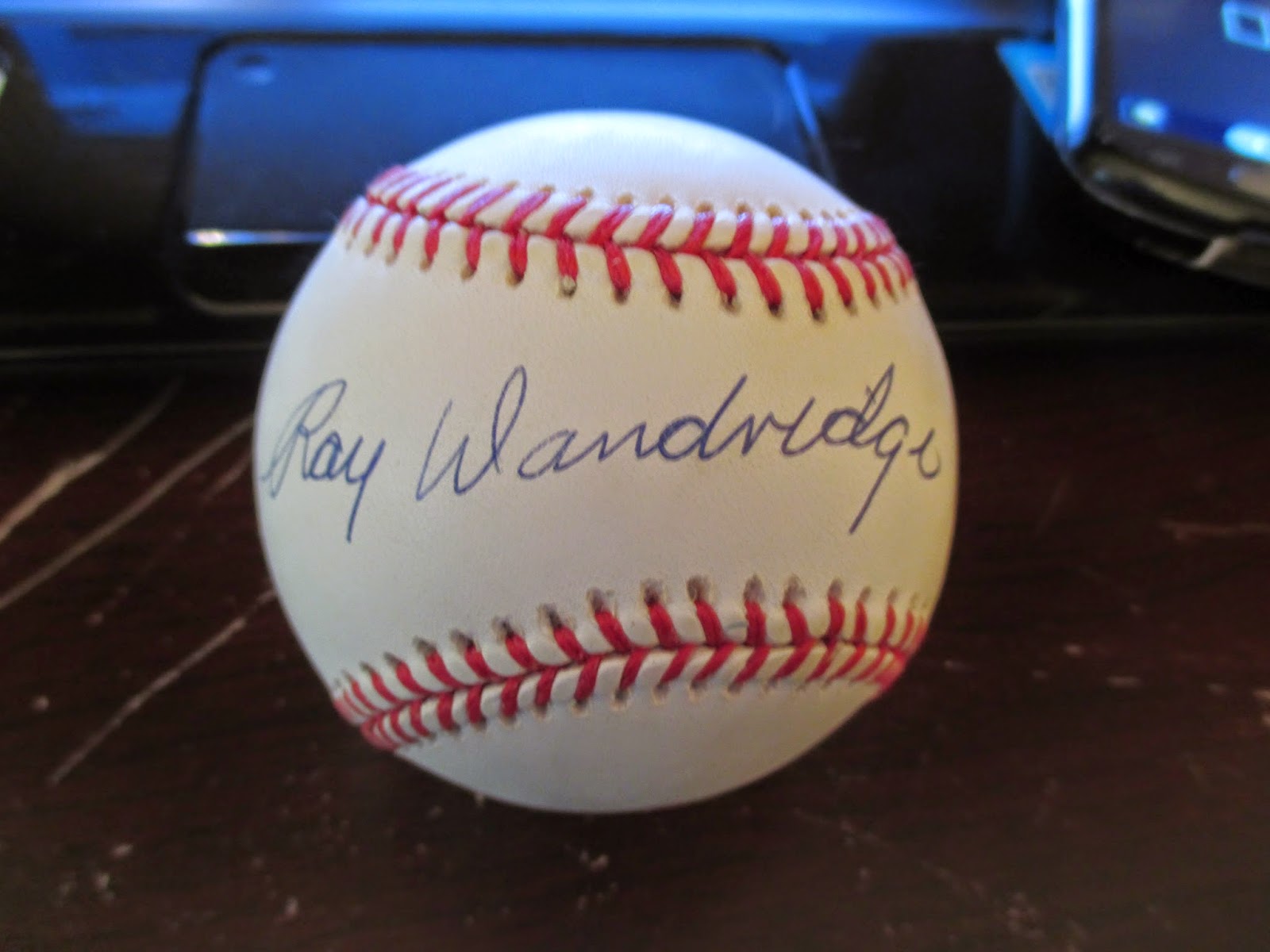 One of the Hall of Famers that I had been looking at for some time now, but I had never jumped on (until now) was former Negro Leaguer, Ray Dandridge.  Dandridge (b. 1913 - d. 1994) played in the Negro Leagues for 8 seasons between 1933 and 1944 and also spent some time in the Mexican League. He has been regarded as one of the greatest fielding third basemen of all-time.  Dandridge was elected to the Hall of Fame via the Veterans Committee in 1987.

He has to be the cheapest that I have gotten a Hall of Famer for.  I sold a relic card to a guy on Instagram for $20 and turned around and got this ball for $33 shipped.  I was only $13 out of pocket on this one.  The ball is a Bobby Brown OAL ball and came with a PSA/DNA COA.

Dandridge is my 103rd Hall of Famer.
Posted by William Regenthal at 5:13 PM